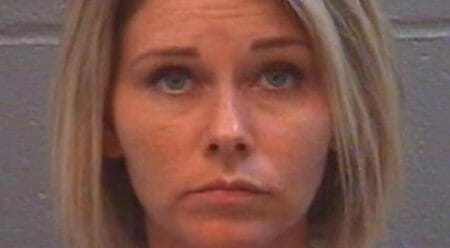 (PCM) Quick! Someone get out the ballots for Mother Of The Year! 35-year old mom Rachel Lenhardt was arrested in Georgia and is currently facing two counts of contributing to the delinquency of a minor by allegedly providing weed and alcohol to teens who were inside her home for a party.

Lenhardt threw the party of the year for her teen daughter which not only involved weed and alcohol, but also naked Twister and various other sexual acts that took place in the living room, hot tub, and well, pretty much any other place in the home you could imagine.

Lenhardt was four days sober when the party took place and was ratted out to the authorities by her Alcohol Anonymous sponsor after confessing about the crimes. What makes this incident even more bizarre is that Lenhardt used to be a Mormon Sunday School teacher!

The party then moved out to the hot tub and Lendhardt claims she went to bed alone at around 3:30am. It was then that she said that she was awoken by someone attempting to have sexual relations with her in her bed. It turned out to be none other than her daughter’s 16-year old boyfriend.  No charges have been filed against the 16-year old and since the age of consent in Georgia is 16 year old, no charges for Lenhardt’s sexual behavior will be pursued.

Sources say Lenhardt is not cooperating with the police, but has been released on a $3,200 bond and is awaiting trial.