Jared Fogle Scandal: Meet The Woman Who Helped Catch Him And Admit “I Was Hoping He Would Get Life In Prison” 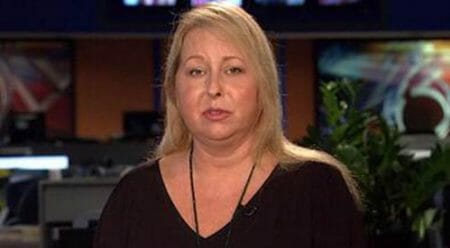 Now, in a new interview, Herman-Walrond opens up to Access Hollywood alleging she had startling, sometimes disturbing, conversations with Fogle over the years – and she reveals the one comment that first alarmed her. “That he thought middle school girls were hot,” Herman-Walrond told Access’ Stephanie Bauer on Friday, noting that Fogle made the comment with “no prodding whatsoever.”

It was after that comment that Herman-Walrond said she contacted the FBI and began to record her talks with Fogle. “When I first approached the FBI, they said, ‘Is this who I think it is?’ and I said yes, and almost immediately it was a nationwide investigation,” she explained.

“The details he gave me were very explicit, very graphic. He would tell me the ages he preferred. He said the younger, the better. He was saying how age 11 was the age that he would like, and gender specific didn’t make a difference to him – boys or girls,” Herman-Walrond claimed.

When asked about the most shocking detail she heard from Fogle, Herman-Walrond claimed it was “about what he likes little boys to do to him.”

“It was very disturbing. However, I had to keep my composure because I was in the position of trying to get the information so that we could put him away at one point,” she added. “I really felt I had a moral obligation to the public to expose this monster for who he is.” Following Wednesday’s plea deal, Fogle has been on home detention awaiting sentencing, and is required to wear a GPS monitoring device. Fogle is prohibited from being with anyone under the age of 18 without supervision, however, he will be able to see his own children – a 3-year-old son and 1-year-old daughter.

While Herman-Walrond continued to engage Fogle in conversation, she said it eventually became too much to handle when talk turned to her own children. “It was towards the later years in my investigation… there was one specific evening when we were chatting that he said he’d like to put hidden cameras in my children’s rooms and how did I feel about that,” Herman-Walrond claimed. “When he started talking about my children, soon after that I pulled back because it was too much for me. I felt that I had gotten as much information as I could for the FBI and they say the toll that it was taking on me.”

Through it all, Herman-Walrond never saw Fogle express any concern over being caught.

“Never. Never. No regret, no remorse, no thoughts of getting caught,” she contended. “He obviously had no boundaries and he had no idea that what he was doing was that gross and really wrong.”

In the end, while she’s glad Fogle was eventually caught, Herman-Walrond felt perhaps it could’ve been done sooner.

“I actually felt, about the third year into it, that [the FBI] were dragging their feet. I can’t say that they were. They have their steps they need to take… they [completed their investigation] as quickly as they possibly could,” Herman-Walrond said.

As for the plea deal, which may see Fogle spend between 5-12-and-a-half years in prison and pay a total of $1.4 million in restitution to 14 minor victims ($100,000 to each), Herman-Walrond said she was hoping for a steeper penalty.

“I was hoping he would get life in prison,” she suggested.