Teens Are Injuring Themselves With The Latest Stupid Internet Challenge, This Time With Banana Peels 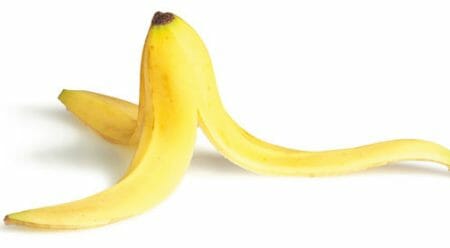 (PCM) We knew it wouldn’t be long before yet again, teens begin to injure themselves by partaking in the latest internet viral challenge. This time it’s the #BananaPeelChallenge that is taking social media by storm.

Individuals who for some reason choose to partake in the challenge cause themselves to intentionally slip on a banana peel that has been left on the floor. Why? Just why, internet? This challenge is certainly just as stupid as it sounds and already teens are ending up getting seriously hurt after slipping, falling and hitting their heads.

One would hope that might knock some sense back into them, but no, this viral challenge is still continuing to pick up steam. The original post from Twitter user Jason Oakes can be found below:

yall I tried to see if banana peels were rlly slipper like in cartoons & I slipped & tried 2 catch myself w/ a cup.. pic.twitter.com/6dvg5BlnHB