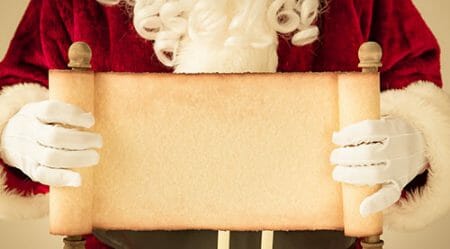 (PCM) It is no secret that both Hatchimals and Nintendo NES Classic Editions are at the very top of every child’s wish list this Christmas. Of course, it is also no secret that neither of these highly sought after toys can be found at any retail locations both brick and mortar or online, in fact both are selling for hundreds and even thousands of dollars on websites such as Ebay and Amazon which many parents certainly can’t afford.

Rather than watch their children endure the sadness of not discovering a Hatchimal or NES Classic Edition under the tree, many parents are turning to apology letters from Santa (yes, they are a real thing) to help ease pain and help explain just why these treasured presents did not end up under the tree. One letter in particular claims that the reason the child is not receiving a Hatchimal for Christmas is due to the fact that both Santa and Mrs. Claus are waiting for the eggs to be laid. It goes on to say that once the egg has been laid, sometime in January, an elf will deliver the Hatchimal to the child’s home.

Another option is a letter that explains why the child will not be receiving a Hatchimal at all saying that they will be no longer given out as presents and they are forming a colony of Hatchimals at the North Pole to help combat extinction and protect species. Hey, if the kids buy it … go for it! However, could Santa apology letters be taking things a bit too far. Many parents feel that children should not receive every item that is marked on their Christmas lists, as it could certainly lead to the children developing unrealistic expectations later in life.

When we were young and we didn’t get the toys we asked for (I’m looking at you Cabbage Patch Dolls, Easy Bake Ovens, and Tickle Me Elmos) we just moved on, played with the gifts we did receive and all was good in the world. Parents, it’s definitely time to rip off the band-aid and teach these children about the way the real world works. We can’t get what we want all time!