Could Some Chronic Diseases Be Linked To Your Birth Month? Science Says Yes! 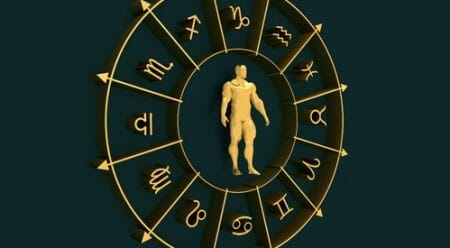 (PCM) Some of us are big followers of astrology and others not so much, but did you know that according to some recently conducted research your birth month could be linked to certain chronic diseases, putting you at a potentially higher risk.

The research study was recently published in Science Direct via the Medicina Clinica and they have found that many of the chronic diseases we develop as adults can be strongly linked to the month in which we are born. The study was conducted using 29,500 individuals of the Spanish population and the researchers looked for links between the individuals birth month and any chronic conditions they may be suffering from and the results were startling.

When speaking with The Telegraph Professor Jose Antonio Quesada said, “In this study we have evidenced a significant association between the month of birth and the occurrence of various chronic diseases and long-term health problems. The patterns reported differed clearly by sex, presenting associations of the month of birth with more diseases and with more magnitude in men than in women.”

According to the study, women who were born in the month of June suffered less migraine headaches and their chances of experiencing menopause were 35% less than those women born in other months throughout the year. Women born in June however had a higher risk of incontinence and high cholesterol. Men born in June had a 34% lower risk of depression symptoms and would be less likely to be diagnosed with lower back pains.

Also, speaking of men, those born in August were shown to be twice as likely to develop asthma and men born in September were three times more likely to develop thyroid issues as well. September also seems to be a pretty healthy month to be born in for both men and women, as both sexes born in this month had the least likely chance of being diagnosed with any chronic diseases period.

The researcher feel that the reason for these links between chronic diseases and birth month may be due to a number of different factors including seasonal illnesses and level of Vitamin D when we are still in the womb. The researcher plan to conduct additional studies to further explore many of these connections but for now it is definitely some good food for thought!