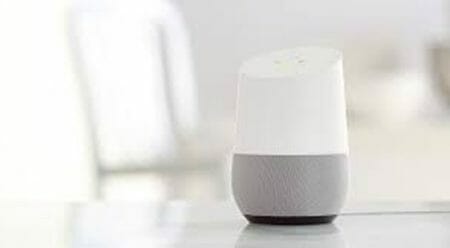 (PCM) Anyone that assumed smart home devices are not always eavesdropping on the conversations that take place in our home, you are definitely wrong. However, in this particular case the smart home device, which has been revealed to be a Google Home, may have actually saved a life by alerting the local authorities to a domestic altercation that was occurring within a home in New Mexico.

A man named Eduardo Barros was house-sitting at a residence with his girlfriend and her daughter when he and his girlfriend got into an argument that eventually turned violent. It was at this point that the smart home device kicked and while the couple were in the midst of their heated argument the device overheard Barros, who was waving around a firearm and threatening to kill his girlfriend say, “Did you call the sheriffs”?

The smart home device recognized the phrase “call the sheriffs” as a voice command and promptly dialed 911 who then sent an emergency response team to the home. This action by the smart device may very well have saved a life, as who knows what could have happened had a call not been placed to the authorities.

It can be scary to think that these types of devices can overhear and analyze what we are saying from the privacy of our own homes, however it is definitely a little bit comforting to know that they can also act almost as a security system should we ever find ourselves in a dangerous situation.