What Ever Happened To The Original ‘Dunkin’ Donut’ ? 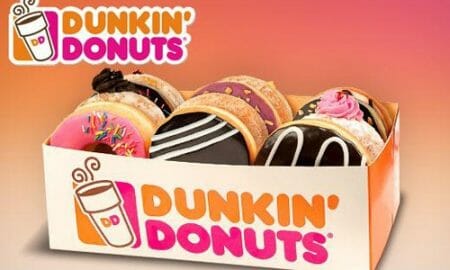 (PCM) Over the years there has certainly been some drastic changes in Dunkin’ Donut stores all over the country. The most notable change, and one that stirred up the most controversy, was when the news was revealed that Dunkin’ Donuts was planning on removing the word “Donuts” from it’s name.

We know that they offer much more variety with their menu than they did in days past, when just about the only thing you could order were coffee and donuts. Now Dunkin’ features custom-made breakfast sandwiches, bagels, cookies, fancy lattes, Coolattas and more!

The company was founded on donuts, so it is quite odd that they would decide to take donuts out of their name, but it is are guess that the word donuts doesn’t mesh too well with health conscious individuals so they figured they might as well give plain ol’ “Dunkin'” a try! Several stores in California and a few in the Boston area have already made the change.

Another change that took place for Dunkin’ Donuts was back in 2003 when, for those who can recall, the brands original ‘dunkin’ donut’ actually had a pastry handle that you could use to dip into your coffee. If you took notice, after this year, that dount was no more, as it was changed into just a plain round donut like the rest of the flavors/styles. It was discontinued because it actually had to be cut by hand to create the handle. Bye, Bye, unique ‘dunkin’ donut’!

In the last decade or so, Dunkin’ Donuts has placed way more emphasis on the coffee and other flavored beverages than on their donuts which is especially evident with the companies long running tagline “America runs on Dunkin'” alluding to the caffeine content in the coffee, but not blatantly saying so!

The franchise has also definitely embraced many technological advances as many Dunkin’ restaurants offer mobile ordering and a pick-up counter where you don’t even have to interact with a cashier, as well as digital menu boards inside and touch screen kiosks to place orders. It has definitely cut back on the human interaction element of the coffee show.

There are even a few select locations around the country that have a mobile pick-up lane for drive-thru orders as well! It should also be noted that the color scheme for the restaurants has gotten a lot brighter and the spacing more open, which the company claims, gives the locations are more inviting appeal to consumers.

Many are fans of the new Dunkin’ changes, while others wish they would have left well enough alone, saying that they miss just being able to stop into Dunkin’ to grab a quick and rather unhealthy breakfast of a coffee, donut and maybe some munchkins and be on their way!  They say why change a classic!