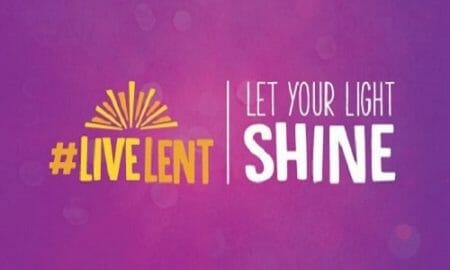 Picture, in your mind, a beautiful ballroom.  Men in tuxedos and women in gowns.  An orchestra is playing beautiful music while the men and women dance the waltz and other folk dances.  There is a sumptuous buffet laid out with every kind of delicacy and delicious pastry that that the mind of a master chef can conjure.  People are dancing and eating and talking and laughing.  Suddenly the bell in the high tower begins to chime midnight.  The orchestra stops playing.  The dancers stand still, the chattering stops, and forks and plates are placed on the nearest tables.  The last bell of midnight rings and the people with one voice recite, “Our Father who art in heaven, hallowed be thy name.  Thy kingdom come thy will be done on earth as it is in Heaven.  Give this day our daily bread and forgives our trespasses as we forgive those who trespass against us and lead us not in to temptation but deliver us from evil.  For thine is the kingdom, the power and the glory forever amen.  The people all silently leave the ballroom.  Mardi Gras is over, and the Holy Season of Lent has begun.

Ash Wednesday is the first day of the season of Lent.  It is called Ash Wednesday because Catholic and Orthodox and some protestant denomination Christians receive ashes on their foreheads.

The origin of Ash Wednesday and Lent are not clear, but it is believed to have begun during the time of the Apostles but recognized officially at The Council of Nicaea in 325 CE.

Since that time Christians have received ashes on their foreheads as an act of repentance from sin.  Ashes themselves have been used to express sorrow for sin for centuries.  The old testament records in The Book of Job, Job saying to God “I have heard of thee by the hearing of the ear: but now mine eye seeth thee.  Wherefore I abhor myself and repent in dust and ashes.  The prophet Jeremiah calls for repentance saying O daughter of my people, gird on sack cloth and roll in ashes.  Jesus in the New Testament refers to the use of ashes for repentance when he says in Luke 10:13 “Woe to you Chorazin!  Woe to you Bethsaida!  For if the miracles had been performed in Tyre and Sidon which occurred in you they would have repented long ago, sitting in sackcloth and ashes.”

The ashes received on Ash Wednesday are not any ash.  In many churches the ashes come from the burning of the palm leaves harvested for the previous year’s Palm Sunday.

The receiving of ashes is a simple ceremony, although a whole service is usually wrapped around the tradition.  When it becomes time to receive the ashes the repentant person comes forward and the ashes are placed by the priest or minister in the form of the cross.  One of two lines are said by the celebrant while placing the ashes.  “Remember oh man that thou art dust and to dust thou shalt return.” or “Repent and believe the Gospel.”  With either thought the participant is made ready to enter the Lenten Season.

The season of Lent is the forty day before Holy Thursday for the Catholic faith or the Forty days before Easter Sunday for some protestant faiths.  Either way Sundays are not included in the forty-day count as they are considered “Little Easters” and the fasting and other observances are suspended on Sundays.

Lent is a time of fasting and prayer as well as a time for the giving up of certain luxuries like desserts, the movies, television, or other things that may distract us from our pursuit of coming to know God in a deeper way.  Ultimately, knowing God better, is the pursuit of Lent. 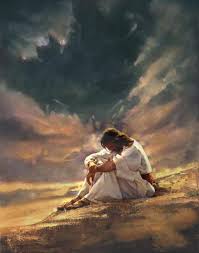 The forty-day time of Lent comes from the time forty days Jesus spent in the desert before beginning his public ministry.  This event is recorded in The Gospels of Matthew, Mark and Luke.  During those forty days Jesus fasted and prayed and in our following Him in this way we come to know Him better.

The celebration of Lent has become pretty simple for Catholics since the second Vatican council.  Fasting has become a simple no meat on Fridays, though more rigorous fasts are not discouraged.  Prayer and attendance at mass and special services are still requested but not so much required.  This was very different in the past.

According to Maria Von Trapp in her first book, The Story of the Trapp Family singers, Lent used to be quite the rigorous time.  Fasting was strictly observed and that meant no animal products at all.  No meat no fish, no cheese milk or eggs and not just on Fridays but for the full forty days.  The time spent on eating was used for prayer and the money spent on the food you would normally have had was given to the poor.

Mortifications or the giving up of certain items is a way of dying to yourself.  The scriptures say when we die to ourselves, we are raised up with Jesus and Lent is a time to put those ideas into actions.  Many people use Lent as a time to give up things that they struggle with that are ultimately harmful.  Some folks stop smoking and this a real dying to the self.  In giving this up for Lent, it may, in turn, be given up for good.  The drinking of alcohol may also be stopped during this time and for those who have a problem with alcohol this could be life altering.  The same could be said for gambling or the consumption of fast food or unhealthy food that we have begun to rely on for self-soothing.  In giving up these things, which can be so hard, we truly die to ourselves and thus the term mortifications.

Some folks add practices during the time of Lent.  There are Lenten devotionals that will take a person on the forty-day journey by providing a Biblical reading and then thoughts and prayers as well as ideas for actions to be taken.  Many people who don’t regularly read their Bibles will make time to study the scriptures daily.  Those that do read their Bibles daily may take the time to read the Gospels and study the life Jesus more closely.  There is a new idea for Lent that challenges us to go to our closets on each of the 40 days and look for a piece of clothing that is still in good condition, but that we no longer wear, and place that shirt, or pair of pants or dress into a bag.  At the end of the season there will be forty pieces of clothing ready to donate to Goodwill or The Salvation Army.  This is also another dying of self.  Letting go of the things that we don’t need is a way of putting the things we own into proper perspective.

Lent is also a time of cleaning.  We don’t just get our hearts ready for the resurrection of Jesus but our homes too.  Spring Cleaning may come from the old Jewish custom of cleaning the house thoroughly so that not a speck of yeast could be found.  This was to make the house ready to celebrate Passover and the instructions to do this are found in the Old Testament.  We now clean our homes thoroughly in preparation for Easter.

This is the time of year when Spring is arriving.  Since Lent can begin as Early as February it may take a little longer from year to year for the snow to melt and the weather to get a bit warmer.  But the weather does get warmer the days get longer, it is believed that the term Lent in shortened from the word length referring to the days becoming longer and the beginning of Spring, and we begin to open the windows and bring in the fresh air and get rid of the dirt that grime that accumulated during the cold months.

For some Spring cleaning is a week-long event.  Every drawer and cabinet and shelf get emptied and dusted.  This is another time that things that are no longer used can be gathered up and given away.  Toys, books, dishes, electronic devices, cooking utensils and paraphernalia can all be given to those that don’t have what they may need.  The mattresses on the beds get turned.  The light fixtures get taken down and cleaned.  Every aspect of the house gets a good going over.

For those with lawns or gardens to care for, the outside gets as good as the inside.  The grass gets raked so the winter debris can be removed, and the new green grass can come alive.  Bulbs get planted as well as other flowers and shrubs.  Bushes and trees get trimmed and the outside of the house is made as clean and neat as the inside.  All of this in preparation for Easter.

Palm Sunday is the first day of Holy Week and commemorates the triumphal entry of Jesus into Jerusalem.  On Palm Sunday the people of Jerusalem lined the way into the city laying palm branches on the ground for the donkey Jesus rode to walk on. 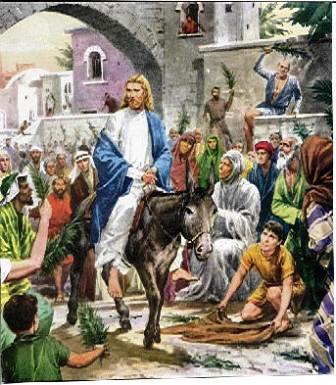 the giving of palm leaves to the congregation to take home.  These palm leaves are then brought home and placed somewhere special in the house for the year.  Some people make decorative crosses from the palm and these crosses are placed through out the house.  It reminds the occupants that though Palm Sunday was glorious it would lead to Jesus death and his resurrection.

Again, according to Maria Von Trapp, Palm Sunday was also a day when palmbuschn were brought to the church.  These were bouquets of pussy willows along with box wood and fir branches decorated with dyed colored wood shavings and fastened to a stick about three feet long.  On the stick was tied a small bottle of Holy Water and these bouquets were blessed by the priest during Mass.  After Mass the bouquets were brought into the field and the woods each area of land getting its own thus the blessing of the church would come to the natural world so it could be protected from flood, hail and fire.

The customs of Ash Wednesday and Lent are thousands of years old.  They are as diverse and original as every area of the world that Christianity has made its way into.  But they continue to be celebrated because deep in out hearts we long to know God and to be known by Him.

This entry was posted in Family, Lifestyle