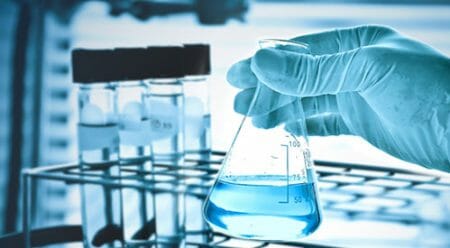 (PCM) This news is probably some that the major pharmaceutical companies across the world would rather keep quiet, but it seem that Australian researchers have made a breakthrough in the cure for cancer with a drug known as Venetoclax. The drug targets a specific protein that helps cancer cells survive and then it literally “melts away” the cells that contain cancer.

The drug has gone through a rigorous testing process over a four year time period on 116 patients and it boasts an 80% success rate. Many patients that took part in the trial and research had previously undergone other treatments and after taking Venetoclax found themselves cancer free with little to no side-effects. The research shows that one in five patients taking Venetoclax ended up cancer free. The medicine is taken only once a day orally.

The medicine targets a specific protein called BCL-2, which helps cancer cells survive, making them simply “melt away.” It was first discovered in the 1980s, but scientists couldn’t find an inhibitor for it until now. There is already a strong buzz surrounding the new drug in both the U.S. and U.N. and it is thought that in addition to treating forms of leukemia, it can also be used to battle other forms of cancer as well.

It has been speculated for many years that a cure for cancer exists, but the major pharmaceutical want it suppressed as cancer is a huge money maker for drug companies. We are happy to see that the Venetoclax has been given a fast track approval, however there is definitely more hurdles to overcome.  Do you feel that a cure for cancer has finally be found?