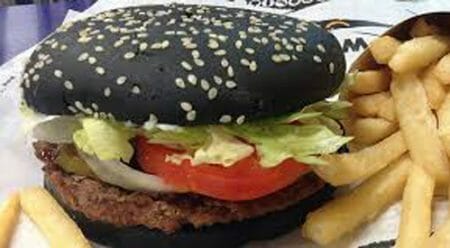 (PCM) When Burger King revealed their all new black Halloween Whopper just in time to celebrate the Halloween season, consumers flocked to the fast-food restaurant to give it a try, however they just as quickly flocked to social media to reveal that after consuming the burger their bowel movements were turning a lovely shade of green.

Talk about a little trick or treat in your stomach!  Apparently, the green poop is caused by the black food dye that is used to color the Halloween Whopper’s buns. The all-black Whopper has been available in Japan for quite sometime and there have been no reports of green poop, however they are using squid ink to color the buns rather than black food dye.

Needless to say the hashtag #GreenPoop is currently trending on both Twitter and Facebook and many people are now heading out to try the sandwich just to see if it actually makes them poop a different color. Many have reported that it is not even a sickly colored green, but more like a bright cartoon green which makes this all the more odd!

Have you tried the new Halloween Whopper? Did it make have #GreenPoop?