Demanding Bride Makes An Outrageous Request Of Her Bridesmaids 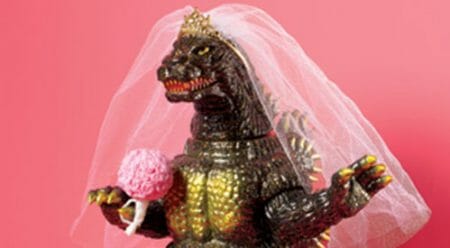 (PCM) We have all heard stories about women who quite literally turn into Bridezilla in the months leading up to their wedding day, however one particularly narcissistic Bridezilla is taking things too far and has requested that a member of her bridal party significantly alter their appearance, so as not to take any attention away from her on the big day.

The bridesmaid has shared her story via Reddit and explains how the bride, Ella, decided that all of her bridesmaids must adhere to a very strict dress code and that includes the color of their hair, as red hair is apparently a big no-no!

The bridesmaid wrote the following:

So I’ve known my friend, who I’ll refer to as Ella, since I was a child as she’s the daughter of family friends but we’ve only become close in the past 2 or 3 years. She recently became engaged, and I readily accepted her offer to be part of her bridal party. Yesterday morning I received an email from Ella. It seemed pretty standard but then when she got into the look she wants for her bridesmaids she wrote “Bridehairthrowaway, you’ll need to dye your hair for the day, I’ll take you to my hairdresser and cover the cost :)”. This had never been mentioned to me. I’m a natural ginger, so it’s not like I have an outrageous hair colour, although Ella and her other bridesmaids are all brunettes. I texted Ella about it, she told me my hair would clash with the wedding colours and that brides get a veto over pretty much every aspect of her bridesmaids’ appearances. She also mentioned my hair is quite “attention-grabbing” and I’d take away from the cohesiveness of the group. I told her I wasn’t comfortable dying my hair. She said she’d get back to me but hoped I’d reconsider.

Am I being reasonable here? I’ve never been involved in a wedding before so I’m not quite sure what’s expected of me. I’ve gotten some messages from the other bridesmaids who are telling me I should just do it.

TL;DR; requested by bride to dye my natural hair to make the bridal party more cohesive. I don’t want.

Immediately people began to come to the defense of the bridesmaid telling her that there is no way she should give in to such a ridiculous demand and of course should not be forced into doing something that she doesn’t feel comfortable with, such as dying her hair.

We could see, perhaps if her hair were some outrageous color like a bright blue, green or orange, but a natural redhead?  Seriously, this bride needs to get over herself!  What do you think? Did Bridezilla go to far or should the bridesmaid dye her hair for the day?