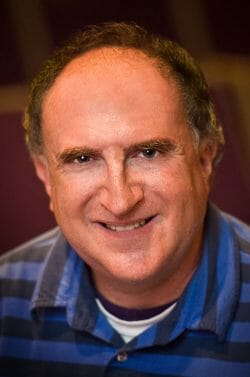 (PCM) When Larry Atkins set out to write about media bias in “Skewed,” he did not realize just how important, and timely, his book would become amid the current complicated political climate.

“Skewed: A Critical Thinker’s Guide to Media Bias,” (Prometheus) has been a labor of love from this established journalist, attorney and Philadelphia-area journalism professor.

In “Skewed,” Atkins, a longtime adjunct professor of journalism at Temple University, Montgomery County Community College and Arcadia University, lays out the difference between “neutral and balanced” news and advocacy journalism. He highlights the urgency for media consumers to recognize this difference.

Atkins has written more than 400 articles, op-eds, and essays for noted publications, including The Chicago Tribune, the Baltimore Sun, the Christian Science Monitor, the Los Angeles Daily News, the Dallas Morning News, the Huffington Post, the Washington Post, and the Philadelphia Inquirer.

The book “Skewed” is timely, given the current and ongoing debate over “fake news” versus reputable journalism. Atkins’ concern is that advocacy journalism — “a type of reporting in which the reporter gives an opinion or point of view and uses stories to advance an agenda,” — is tearing America apart.

He said that he wrote his new book, which is gaining great attention during the media frenzy surrounding the Trump Administration, because of his long interest in journalism, and “the increase of advocacy, agenda driven journalism like Fox News, MSNBC, conservative talk radio, and liberal and conservative websites has arisen substantially in the last 25 years. “

Atkins was struck by the fact that “these media outlets don’t lie or misrepresent information, but they have a clear bias, agenda, or slant, and cherry pick facts, statistics, and expert quotes that bolster their own opinion,” he added. “I’ve been teaching journalism for around 12 years, and one of the topics that the students tend to be most interested in is the topic of media bias and advocacy journalism.”

In a media landscape dominated by advocacy news networks pushing competing points of view, Atkins wants to help the average viewer/reader uncover the truth about any particular issue. His book will show readers how to separate the facts from the agenda-driven spin and selective presentation, often used by such news sources as Fox and MSNBC.

“Skewed” gives readers the tools to critique the media, to see both sides of any issue, and to become better informed citizens and voters.

PCM: What was the biggest surprise or revelation in writing your new book?

LARRY ATKINS: I was aware of the concept of news literacy and media literacy, but I was surprised that it has developed into a major area of study in universities and that there are many media literacy organizations that are trying to raise awareness about the importance of being a savvy news consumer. There are efforts to bring this education to K-12 schools, and I think that this is a good thing that should be even more prevalent.

PCM: What do you want people to learn from the book?

LA: It’s important for all of us, as news consumers, to be critical thinkers as we receive news. Be skeptical at first, and confirm information you receive by checking several sources. Break out of your echo chambers, meaning that if you’re liberal, in addition to watching MSNBC and reading the New York Times Editorial page, also watch Fox News and listen to conservative talk radio. Likewise, if you’re conservative, in addition to watching Fox News and listening to Rush Limbaugh, also read Salon.com and watch MSNBC. Also be careful about relying on information that you get from friends and family from social media, especially in light of recent hoaxes and fake news.

PCM: Why is it especially pertinent in today’s national and world events?

LA: As evidenced by the 2016 presidential election, our country is highly polarized. Advocacy journalism outlets tend to enhance that polarization. Most people tend to go to news outlets that confirm their own opinions and biases. We live in our own echo chamber bubbles and aren’t exposed to what the other side is saying. 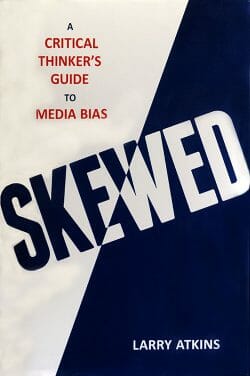 PCM: Please tell me about the journey of the book?

LA: I proposed my idea to my agent, Maryann Karinch, when I met her at the Philadelphia Writers Conference a little more than two years ago. She was extremely enthused about the project and thought it would be timely for the upcoming Presidential election. After I developed my book proposal, it took about a year before I got a book contract in August 2015 with Prometheus Books. Since I usually teach around five or six courses per semester, it was a challenge to simultaneously teach and do the research and writing of the book. I had to get up pretty much each day at around 5:30 a.m. to work on the book, even on weekends. It was important to me that I interview many experts for the book. I was able to get 18 experts in journalism, politics, and media literacy to give me quotes.

PCM: Tell me the reaction from readers at book signings so far?

LA: The signings and appearances have gone very well. At some of my signings, I’ve seen people from high school that I haven’t seen for more than 35 years. It’s been nice to see family and friends at my events, but I also enjoy meeting new people there. I try to have interactive discussions during my book signing lectures, and people have very strong opinions on the topic. The book has received mostly positive reviews on Goodreads and Amazon.com.

PCM: What surprised you about teaching college journalism students in the present day?

LA: I was surprised at how many students tend to rely on sources that aren’t very reliable, such as obscure websites. Each semester I need to emphasize the importance of relying on respected major news sources, government websites, university websites, and peer reviewed journals.

PCM: What does it mean to the relevance of your book with the current tug-of-war going on between President Trump and the media?

LA: I think my book is even more relevant during the Trump Administration and in the aftermath of the 2016 election. Media bias, fake news, and advocacy journalism has been a huge issue during the last year and will continue to be discussed and debated. Now, more than ever, people need to pay attention to source credibility and whether a media outlet has a specific agenda. It’s important for the mainstream media to continue to do their job as a watchdog on the Trump administration, even though negative stories and articles will be brushed off and criticized by the Administration as being untrustworthy.

This entry was posted in Books, Celebrity, Debatable, Lifestyle, News