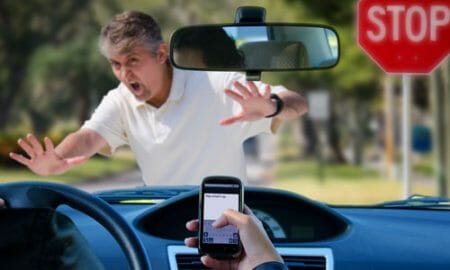 Problems facing both the sender and receiver

According to research, Americans check their phones an average of 80 times a day; and send about 18 billion texts every day, 541 billion every month, and 6.5 trillion per year. It is the primary form of communication for Americans under 50 years old.

While SMS (short message service) presents a lot of advantages like convenience, urgency, discretion, and low cost, it also results in the following negative effects:

Misinterpretation by the text message receiver

Ever get a text message from someone that seems terse? If your boss texts you, “Let’s talk about this later”, it could lead to anxiety on the receiving end. Why later? Did I do something wrong? Is he/she mad?

These internal thoughts occur when receiving a piece of information without much context around it. Naturally, we are prone to think negatively.

Unlike face-to-face where you can see someone’s expressions or hear their tone, texting can be unclear. Since most messages are limited to a shorter number of characters, it leads the end user to sometimes feel uncertainty about the sender’s intent.

This can build stress and overthinking while waiting on the context to interpret the situation at hand. Speaking of waiting…

Different from email or phone calls, a text takes seconds to read and respond to. However, what about when you have to wait on a response?

A delay back could once again lead to feelings of impatience, anxiety, disappointment, anger, or resentment if ignored or a response is not given in the time period that the sender expects.

Apple® cell phones in particular have a blue dot that indicates if the receiver has seen the text, therefore the sender knows that the receiver is ignoring them. Luckily this feature only works between Apple users⁠—while Androids are exempt.

Additionally, users (people) who don’t want to be bothered at certain times of the day (evening, weekends, while on vacation, etc.) more often than not are still expected to respond to any incoming messages. Our society has decreased social boundaries since the rise of texting.

Decreased formality in other forms of writing

Since texting usually limits the number of characters we send in a message, we commonly use abbreviations such as LOL which means laugh out loud, IDK which means I don’t know, and SMH which means shaking my head. This kind of communication can seep into other forms of writing which is grammatically incorrect.

Imagine using LOL in a formal email to a coworker—that wouldn’t fly. Young people tend to fall victim to this more because they are not use to writing formally as much in their everyday lives as older generations did before texting was an option.

On a related note, texting is more likely to lead to grammatical errors when emails are sent through mobile. According to Ladders, people make an average of five times as many errors writing on our phones than when using a computer, “even though fewer words are typed on mobile.” Adding an email signature like “Sent from my iPhone. Please excuse any typos.” can slightly help mitigate an error.

Let’s think about dating for a minute. Many young people date through online dating apps. They have messaging tools that allow you to chat, which can be similar to texting depending on the user. Then once comfortable, potential couples can exchange phone numbers and start a texting relationship before moving onto a face-to-face date.

Relationships that develop this way can be stifled through the use of surface-level communication. Texting leads to more small talk, brief answers, and can delay really getting to know someone since the messages are shorter. Think about how much you can tell someone on the phone in five minutes vs. how long it would take you to type that out.

Distractions from other important areas of life

Next time you go into a restaurant make an observation to see how many people are texting while at the dinner table. Today it can be anyone from the first grader to the grandparent.

We see often that the “ping” noise in your pocket can distract you from other important areas of your life that need your full attention.

For example, a survey found that 42.5% of teens admit to texting during class, and more than half of those say they text sometimes or constantly.

One in 10 people under 25 have sent a text message while having sex, according to a recent survey conducted by consumer electronics shopping and review site Retrevo. (SMH)

More upsetting is that in 2015, according to statistics compiled by the Department of Transportation, 3,477 people died and another 391,000 were injured in motor vehicle crashes caused by drivers who were distracted because they were texting.

As you can see, paying attention to what’s in front of you in the present moment is important for a multitude of different reasons.

Be aware of how texting affects the way you communicate

To summarize, while everyone has their communication preferences, it’s important to be aware of the ways that texting can hinder your relationship with others. Think about the people that know you best. Chances are you see them in-person or talk to them on the phone as well.

While great at times for certain circumstances, texting is not the best form of communication for meaningful connections. As noted above, it can lead to mixed emotions, social anxiety, boundary issues, and other more serious problems. Be sure to have a comfortable balance and don’t use it as a primary crutch to avoid important conversations or moments in your life.

This entry was posted in Advice, Lifestyle, Technology, Web Resources