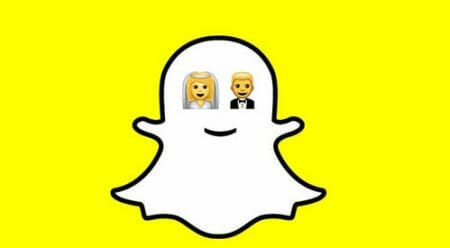 (PCM) Once again proving that social media is taking over our lives, a Saudi groom filed for divorce a mere two hours after his wedding ceremony because his bride would not take a break from Snapchatting.

It seems that the groom had placed a stipulation in their marriage contract where the bride agreed to not share any photos from the wedding on Snapchat or any other social media networks. Why the groom had a problem with his is beyond us, but it sounds as if the bride may have had a serious social media addiction, either that or the groom was that controlling.

Either way, the bride broke the contract about two hours after the ceremony by posting photos of the wedding to share with her girlfriends on Snapchat. The groom was having none of that and immediately began the divorce proceedings to cancel the marriage contract and obligations.

The bride’s brother spoke with Metro in the UK and said, “There was a prenuptial agreement between my sister and her fiancé that she would not use social-media applications such as Snapchat, Instagram, or Twitter to post or send her pictures. It was included in the marriage contract and became binding. Regretfully, my sister did not honor the pledge and used Snapchat to share pictures from the wedding ceremony with her female friends, resulting in the shocking decision by the groom to cancel their marriage and call for divorce.”

Something tells us that this split is probably for the best, but either way social media is still getting in the way of actual human interactions these days. There needs to be a happy medium. Perhaps this bride will find new love, as there are plenty of dating apps out there and let’s hope the groom can find a way to some sort of compromise the next time around, if there is one!