Here’s Your Chance to Report Live from the Red Carpet at the Oscars! 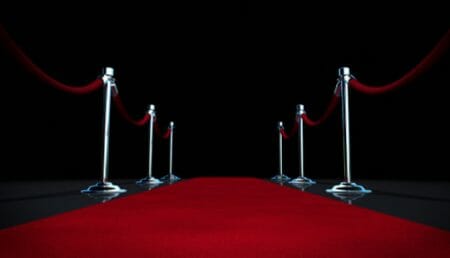 The Academy of Motion Picture Arts and Sciences and OnTheRedCarpet.com have announced the On The Red Carpet (OTRC) College Journalist Contest, inviting college students from around the country to compete for a chance to report live from the red carpet at the 84th Academy Awards®!

From today through Sunday, February 5, college students are invited to submit a three minute video to redcarpetjournalist.com, showcasing their interviewing skills and proving why they deserve to represent future broadcast journalists at the Oscars®.  All videos submitted must be from teams made up of one reporter, one producer and one videographer. Two teams will be selected from each of the ABC-owned television stations’ markets – Chicago, Fresno, Houston, Los Angeles, New York, Philadelphia, Raleigh and San Francisco – for a total of 16 finalist teams. These 16 teams will then be judged by an expert panel composed of representatives from the Academy and KABC-TV who will determine the contest winner.

The winning team will be flown out to Los Angeles to cover Academy Awards pre-events, including the Animated Feature Symposium, Foreign Language Film Award press event, the Makeup Artists and Hairstylists Symposium and the Governors Ball preview.  Additionally, the winning team will have the exclusive opportunity to work with KABC-TV’s OTRC team and report live during the “On The Red Carpet at the Oscars” pre-show (1:30–4 p.m. PT).

For the complete contest rules and online entry form, go to www.redcarpetjournalist.com!!

Academy Awards for outstanding film achievements of 2011 will be presented on Sunday, February 26, at the Kodak Theatre at Hollywood & Highland Center®, and televised live by the ABC Television Network. The Oscar presentation also will be televised live in more than 225 countries worldwide.

This entry was posted in Celebrity, Fashion, Life