Is There a Happiness Gene? 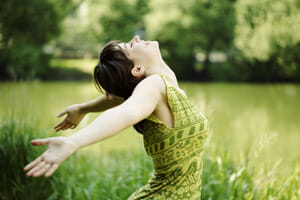 (PCM) Yes…but only in women!

Researchers at the University of South Florida, Columbia University, and the New York State Psychiatry Institute found that low-expression of the gene MAOA (monoamine oxidase A) is associated with higher levels of happiness in adult females – but not in men.

According to the study, the MAOA gene works similarly to antidepressants by targeting the enzyme that breaks down the same neurotransmitters that many antidepressants target!

Lead author, Henian Chen, MD, PhD, said, “This is the first happiness gene for women. I was surprised by the result, because low expression of MAOA has been related to some negative outcomes like alcoholism, aggressiveness and antisocial behavior. It’s even called the warrior gene by some scientists, but, at least for women, our study points to a brighter side of this gene.”

So it’s not all good news, but it does offer some explanation as to why women report more anxiety and mood disorders than men, but more happiness, too.

The study of nearly 350 men and women found that women with the low-expression type of MAOA were much happier than women without copies, and women with two copies were even happier. Though the gene was also found in men, it did not make them any happier. Researchers explain that low expression of the gene encourages elevated levels of monoamine, which results in higher quantities of neurotransmitters remaining in the brain, thus improving mood. But why doesn’t it affect men the same way? Chen and her team point to higher testosterone levels found in men, which can possibly neutralize the happiness effects of MAOA.

However, the MAOA gene isn’t the only gene affecting our level of happiness. In fact, according to Medical News Today, previous studies have shown that our genes are likely responsible for 35% to 50% of the variations in people’s happiness!

“I think the time is right for more genetic studies that focus on well-being and happiness,” adds Chen. “Certainly it could be argued that how well-being is enhanced deserves at least as much attention as how (mental) disorders arise; however, such knowledge remains limited.”