Student Becomes A Viral Sensation After Walking Out Of High School Graduation Ceremony … For Good Reason! 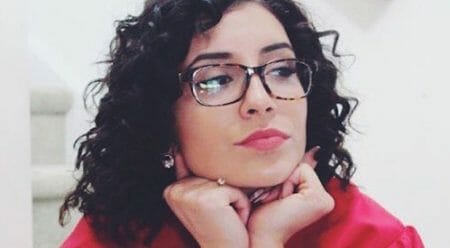 (PCM) Allentown, Pennsylvania high school student Tayler Michelle Gray has gained internet fame after she hilariously walked straight out of her high school graduation ceremony after being handed her diploma. Gray posted a video of her walkout to her Twitter account where she can be seen walking up to the stage, taking the diploma and then walking straight out the doors of Allentown’s PPL Center where the graduation ceremony was taking place.

Gray was attending Parkland High School as a way to finish up her degree while she was also attending Lehigh Career and Technical Institute to train as a nursing assistant. She recently began working at a home for seniors, so her diploma was more of a formality.

Gray claims that she felt no real reason to stay for the rest of the ceremony, as she wanted to spend more time with her family. She says told Buzzfeed News that she “didn’t want to sit with all the people. That’s a lot of traffic to sit in after” as well.

You tell em’ girl! The internet has fallen in love with Gray’s rather ballsy move calling her a “Queen” and “GOAT” meaning “Greatest of All Time”! Some are criticizing Gray’s decision to leave claiming it is disrespectful to the other graduates. Either way, Gray has proved she has officially graduated to boss status!

Received my diploma and walked right out 🎓 #2016 pic.twitter.com/OLd65Ws0VL