Taylor Swift Grants The Wish Of A Cancer-Stricken Delaware Teen 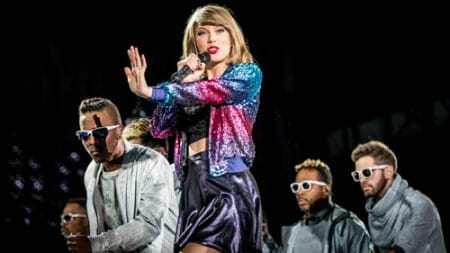 (PCM) Thanks to the assistance of the police department in Dover, Delaware, pop superstar Taylor Swift was able to grant the wish of a cancer stricken teen who was unable to attend Swift’s sold-out concerts at Lincoln Financial Field in Philadelphia, PA this past weekend.

The Dover PD produced the following video about the life of 13-year old Victoria Marsh, who was diagnosed with a rare form of bone cancer late last year after discovering some pain in her ankle. The video has been viewed over 1.4 million times on Facebook, and eventually got the attention of Taylor Swift and her team, who made young Victoria’s wish come true.

Swift invited Victoria, who also suffers from Downs Syndrome, and two of her sisters to a private meet & greet back stage just prior to her amazing performance on the “1989 World Tour”. Unfortunately, Victoria’s doctors were not able to clear her to attend the actual concert, but she did receive an 8-hour pass for the hospital to attend the meet & greet with her favorite musician. 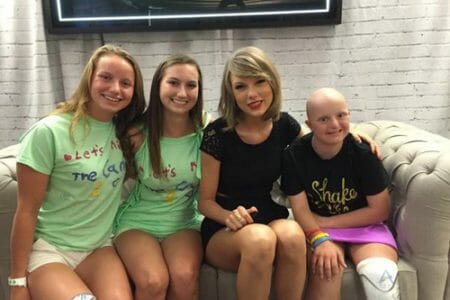 The Dover PD were overjoyed to help make Victoria’s dream come true and posted images of Victoria and her sisters meeting her idol on their official Facebook page. Such an amazing story, as we are so glad to hear that young Victoria’s #Swiftawish came true.

This entry was posted in Celebrity, Health & Fitness, Life, News