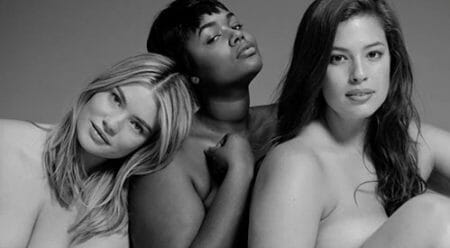 (PCM) TMZ has reported that the major television networks have all rejected Lane Bryant’s new THIS BODY commercial spot which features the brand’s scantily clad plus size models. Sources close to the company reveal that the commercial was rejected by both ABC and NBC and since these networks regularly air Victoria’s Secret commercials, which also feature scantily clad models, they feel that their ad was rejected not due to the model’s clothing, but rather due to their size.

The commercial features plus-size models Ashley Graham and Precious Lee and points out all the ways in which we should embrace and love our bodies regardless of size. So, far the TV networks have yet to comment on the reasons by the ad was rejected and some are claiming Lane Bryant is using the ad to stir up both controversy and publicity.

In a statement obtained from Cosmopolitan, Lane Bryant says:

The THIS BODY campaign was meant to be a fun way for us to celebrate and honor women of all shapes and sizes. What is too much for some does not hold true for others. All women should be celebrated and feel empowered to express themselves as they see fit. We want her to know she can attract as much media attention, look just as striking as any woman, and decide what beautiful means to her. The THIS BODY commercial holds nothing back. It is a true celebration of women of all sizes doing what makes THEM feel beautiful whether its breastfeeding their newborn, flaunting their bodies the way they see fit, breaking down barriers all around and simply being who they are or want to be!

Apple has enabled a two-step verification for all iCloud mail users which has caused a disconnection from your Unroll.Me account. iCloud Login Sign in: we Guide you Create iCloud.com Account. Easy Steps to Backup Your Storage in iCloud Drive & iCloud Download on your iOS Devices

We certainly did not find anything about the ad to be offensive or inappropriate, however perhaps the networks are catching something we are not! It certainly drums up attention if nothing else! What do you think? Is the new Lane Bryant ad too offensive for network television?