The Verdict Is In! Science Reveals That Humans Need To ‘Party’ To Survive! 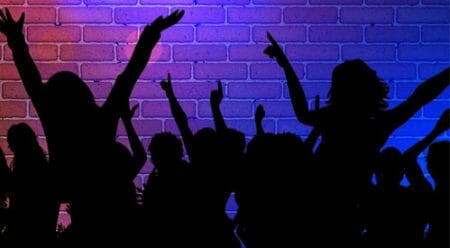 (PCM) Much to the delight of college students everywhere new studies reveal that “partying” is part of our primal instinct as human beings and is fundamental to our growth and development as a way to bond with others and create long-lasting relationships.

New research by evolutionary psychiatrists claim that our ancient ancestors would gather in large groups and move rhythmically together creating the very first “party” atmosphere.   While it certainly wasn’t a kegger, these gatherings provided ancient groups of people a way to bond and communicate and ultimately survive.

It also seems that people who were blessed with good coordination and rhythm may have had an overall evolutionary advantage. Research from a French sociologist by the name of Émile Durkheim claims that individuals feel a certain sense of “electricity” when they are in close contact with others. This “electricity” is then released to those around them. It then becomes a situation with a high degree of emotional excitement within the group.

University of Montreal researcher Paul Carls adds “This impersonal, extra-individual force, which is a core element of religion, transports the individuals into a new, ideal realm, lifts them up outside of themselves, and makes them feel as if they are in contact with an extraordinary energy”

Early parties were generally based upon some sort of religious or spiritual journey, as people would become uplifted being guided by a priest or a shaman and gain a euphoric feeling. This is much the same behavior that we showcase now when we go out to a bar or nightclub and the music from the DJ and the collective mind-set of the environment gives us the same uplifting or euphoric feeling.

The research also shows that by nature we have primordial and instinctive response to follow rhythm and be driven by it! So, go ahead and get your “party” on, it’s only human nature after all!

This entry was posted in Health, Lifestyle, News