Woman Received 65 Marriage Proposals And Rejected Them All! 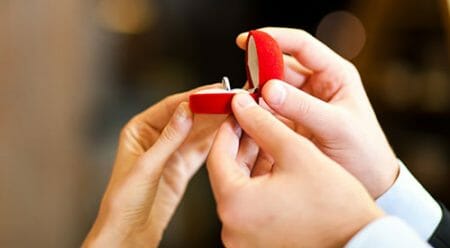 (PCM) Many women would consider themselves lucky to receive just one special marriage proposal in a lifetime, but could you image receiving sixty-five? And then turning them all down! This is the story of Chicago socialite Mary Landon Baker, whose life seems like a TV movie waiting to happen. Landon reportedly received sixty-five marriage proposals during her lifetime and rejected each and every one of them.

Baker’s story was recently profiled by the New York Times and they claim that Baker first made her way to the headlines when she very publicly left her then fiance Allister McCormick at the altar. She was then labeled the “shy bride” by newspapers and reporters throughout the country, as shyness was the only diagnosis they could come up with to comprehend why Baker would walk away from marrying McCormick.

Of course in the years that followed her failed engagement to McCormick Baker’s behavior certainly didn’t border on shy. The Times reports that she was linked to men on multiple continents including an English Lord,an Irish prince, a well-to-do Spaniard, a Yugoslav diplomat, and the actor Barry Baxter.  Baker was referred to as a “dollar princess” a title which refers an heiress whose wealth makes her an eligible bachelorette all over the world.

It is said that when Baker passed away in 1961 at the age of 61 she had received at least sixty-five marriage proposals in the course of her lifetime from various suitors all over the globe. Baker’s life appears to be a great party where she was always the guest of honor. According to the Times she enjoyed attending pirate parties, tango-dancing with Romanian prices and sparkling, shiny gowns. When asked by reporters why his daughter refused to marry, Baker’s father financier Albert Baker replied that he daughter was having too delectable a time playing the field to want to settle down.

Baker herself told reporters, “I did not marry because I did not meet the right man at the right place at the right time.” She also went on to reveal, “I have never been in love”.  This seems very sad in a way, as despite the number of suitors throwing themselves at Baker, could they have been more in love with her money rather than her as a person. This definitely appears to be the case and it is truly a shame that Baker may have never gotten the chance to experience the feeling of true love in her lifetime, either than or she truly, truly valued her freedom!

This entry was posted in Celebrity, Debatable, Life, Lifestyle, News