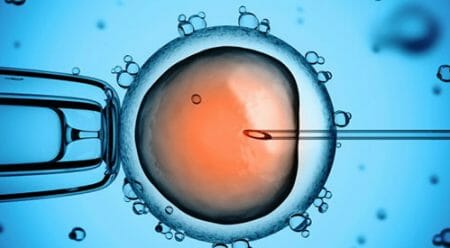 (PCM) What a Dutch IVF treatment facility is calling a “procedural error” may have led to 26 women becoming impregnated with the wrong sperm. Sadly, the clinic reveals that half of these women have either already given birth or are currently pregnant. The major issue is that these women may have given birth to a child who shares a completely different gene pool than their partners.

You may be wondering just how such a major blunder could occur and the answer is even more shocking. It seems that the lab technicians were using a contaminated pipette to inject sperm between April 2015 and and November 2016. The way that Utrech University Medical Centre conducts their IVF treatments is a bit different, as they use a process called Intra-cytoplasmic sperm injection (ICSI) where a single sperm is injected directly into a woman’s egg. According to the medical center the lab technicians were using different pipettes, but the same rubber top.

When tested the rubber top revealed traces of sperm meaning that this may have happened 26 times. Another technician reported the incident and the medical center now claims to have the situation under control. While it may be under control for them, what about the 26 women who now have to deal with finding out whether or not their baby daddy is actually their baby daddy. Sounds like a bad episode of “Jerry Springer”!

The medical center is meeting with all the couples who have been affected and are offering up free DNA testing for those that would like to know the truth. Definitely scary stuff, as IVF treatments are a very serious thing for couples looking to have a child and have been unable to conceive the natural way. To think this type of thing could happen is certainly quite unsettling.