Are You Really Getting The Best Deal On Black Friday? Top Myths Are Debunked! 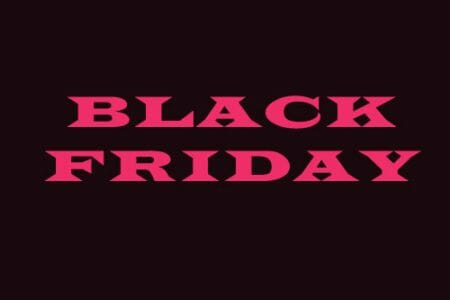 (PCM) Black Friday may be one of the busiest shopping days of the year, but are you are really getting the best deals? Many retailers offer one or two products at deep discount to create a frenzied atmosphere, however many other “so-called” deals are not really worth the time and aggravation that goes along with waiting in long times, fighting with other consumers and most importantly losing out on spending quality time with family and friends now that majority of retailers have decided to let their Black Friday deals spill over onto the Thanksgiving holiday itself.

There has been a lot of analyzing done on many of the most popular Black Friday/Thanksgiving evening sales and majority of them are not as good of a deal as most consumers believe! In fact, many Black Friday deals are even cheaper two weeks later for the exact same product as retailers continuously lower prices throughout the holiday shopping season. The myth that the very best deals happen when doors open on  Thanksgiving evening at 6 pm forcing people to make the decision to cut out of their family dinner time early has proven to be false. Many of the items featured on sale are already sold-out by the time the customer were to arrive at 6 pm as others were already waiting in line early on Thanksgiving morning, which is just sad!

Many people also feel that the doorbusters offered early by many retailers are worth the long wait and fight to enter the store. This too has proven to be false as they are only offered to create a shopping frenzy and the discount on these items is usually only a mere 10% to 20% off the standard retail price. It is also not worth camping out for certain items because majority of the same products are offered the following weekend for the same sale price or lower.

Black Friday prices often times fail to be the lowest of the year, as most retailers offer lower prices as we get closer to Christmas. It is also not the busiest shopping day of the year surprisingly!  The Saturday before Christmas is usually the busiest as everyone scrambles around trying to pick up last minute gifts.

One of the biggest moneymakers on Black Friday is the supposed sales on HD and 4K TVs. While it may be a good day to purchase an off-brand TV at a cheaper prices, brands such as Sony, Panasonic and Samsung are often times not on-sale and many of those items are actually marked lower later in the season or closer to Super Bowl Sunday sometime in January.

There you have it!  Many Black Friday shopping myths have been debunked, so relax, stay home and enjoy some time with family and friends and if you still feel inclined to go shopping, be smart and take some time to truly study which retailers are offering the best and most fair deals.

This entry was posted in Coupons & Discounts, Debatable, Lifestyle, News