Avoid Gallstones: Eat This, Drink That! 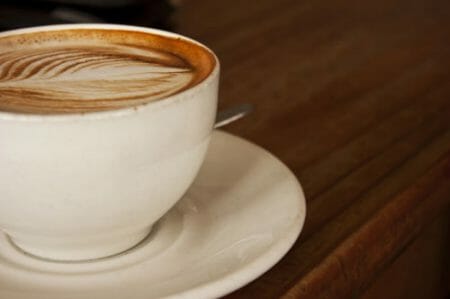 About 10 percent of people living in the United States have gallstones, and with nearly a million new cases diagnosed each year, gallstone removal is now one of the most common surgeries nationwide. While many don’t even know they have them (let alone know what they are), the small percentage who do suffer from symptoms, know how painful it can be.

There are two types of gallstones: cholesterol and pigment stones. About 80 percent of all gallstones are cholesterol stones, caused by an imbalance of the substances that make up bile, a liquid made by the body to digest fat. Cholesterol is one of those substances. If there are excessive amounts of cholesterol in bile, crystals can form, and over time, the crystals can stick to one another to form stones in the gallbladder. According to Us News, no one is sure what causes pigment stones to form, but they tend to develop in people who have underlying diseases.

Luckily, avoiding gallstones is surprisingly easy…if you like coffee and peanuts, that is!

Drinking coffee on a regular basis can cut your risk of gallstones in half! Researchers at Tennessee’s Vanderbilt University found that coffee is packed with natural stone-dissolving acids. In fact, it’s so effective that you only need to to drink two cups of regular or decaf coffee daily to cut your risk of gallbladder problems in half.

Peanuts also help support the biliary system. A Harvard study found that snacking on at least 5 oz. of peanuts or peanut butter weekly cuts your risk of gallstones by 25 percent. The plant fats found in peanuts are absorbed by the gallbladder and help it produce bile properly, so crystals are less likely to ever form.