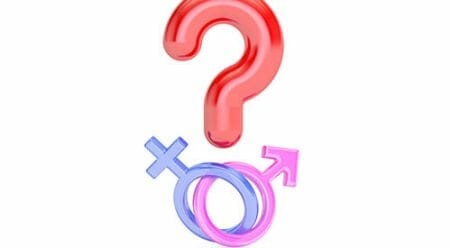 (PCM) A Canadian-born baby is making headlines for being the world’s first who may be listed as gender unknown. The baby was born to Kori Doty who identifies as a non-binary trans parent who does not identify as male or female. Doty feels that the baby’s gender should be kept off all official records until the child is old enough to identify with one particular gender or another.

Doty goes on to explain that it is the parents intention to raise the baby, named Searyl Atli, as genderless until the baby is able to verbally speak for itself. Doty has been attempting to have a birth certificate issued since November of 2016, but so far has not had any success. According to the law in British Colombia, they will only designate male or female gender on all official documents including a birth certificate. Other Canadian provinces do include the option to choose gender unknown if that is the parents wishes.

Baby Searyl has received an official health card that features a letter “U” next to gender, which stands for “undetermined” or “unassigned”. Doty believes that all official documents in the country should omit gender and plans to take the fight to a higher court. In a statement to CBC, a Canadian news organization, Doty says, “‘I’m recognising them as a baby and trying to give them all the love and support to be the most whole person that they can be outside of the restrictions that come with the boy box and the girl box.  When I was born, doctors looked at my genitals and made assumptions about who I would be, and those assignments followed me and followed my identification throughout my life … Those assumptions were incorrect, and I ended up having to do a lot of adjustments since then.”

Doty is a member of the Gender-Free ID coalition and plans to present the case for baby Searyl for judicial review and attempt to win the right to not have a specific gender placed on Searyl’s official birth certificate. Thus far, Doty has an appointment set up for judicial review and only time will tell the outcome. For now the parents are just focused on raising their child in the way they see fit.