Doctors Alarmed By Trend Of Snorting Chocolate To Get High 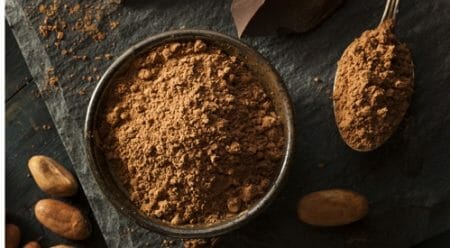 (PCM) Doctors are warning people to stay far away from the new trend of snorting chocolate as a way to get high. The trend became very popular in Europe over the last few years and is now slowly making its’ way into the States.

There is a new “snorting” cacao powder on the market which promises consumers the same kick start as drinking an energy drink, while relaxing you at the same time. 29-year old Nick Anderson started the company Legal Lean and is selling a product called Coco Loko which is a raw cacao powder infused with a special energy blend of Ginkgo biloba, taurine and guarana. Many of the same ingredients that can be found in most energy drink beverages.

The Coco Loko is said to give you a euphoric rush of endorphin and serotonin that’ll last about 30 to 60 minutes. Doctors warn that there could be some dangers from consuming raw cacao powder in this way and the FDA has yet to approve the product, as there has not been enough scientific research or testing into its’ safety or effectiveness.

The doctors are not sure how much of the powder substance would be absorbed by the mucus membranes in your nasal cavity and they worry that the powder could also become clumped and block the sinuses all together. Yuck! Sounds like a better bet to just stick with a good ol’ fashioned cup of coffee or eat a chocolate bar by itself!