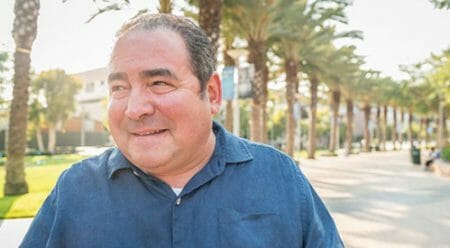 (PCM) Emeril Lagasse, one of the most recognizable chefs in the world, joins host Eric J. Lawrence for the current installment of KCRW’s Guest DJ Project. Lagasse, a regional James Beard Award winner who owns 13 restaurants, and is well known for his Food Network shows Emeril Live and Essence of Emeril, serves up some of his favorite tunes just in time for the Thanksgiving holiday

For Lagasse’s Guest DJ set, he highlights a New Orleans’ legend, expresses the importance of music in his everyday life and work, and shares some songs that simply make him happy. He also reveals a personal connection to one of Billy Joel’s biggest hits, “Piano Man.” “The interesting story is that there’s a character in one of the lyrics of the song [now John at the bar is a friend of mine]… and John used to work for me at Commander’s Palace, way before he was with Billy Joel. But what’s amazing about the song is that it’s, for me, it’s very deep, it’s very personal, there’s a lot in there that says a lot about people and places, and just things going on in life then and things that are going on in life now.”

Listen to the episode here.

This entry was posted in Celebrity, I Love Food!, Lifestyle, News, Thanksgiving