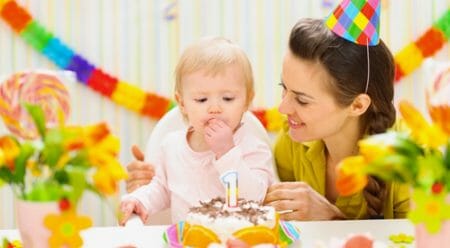 (PCM) Oh, this poor child! We certainly feel for the little boy who is celebrating his first birthday after his parents incredibly demanding and condescending email sent to family members attending his upcoming party has gone viral.

In the day and age of Reddit, nothing is safe, so of course someone who received the absurd email immediately posted it up to get some feedback and it has since gone viral.  The email was shared by Redditor razz32 and discusses a list of approved gifts, along with incredibly detailed instructions, the need for receipts and certain items that are banned. 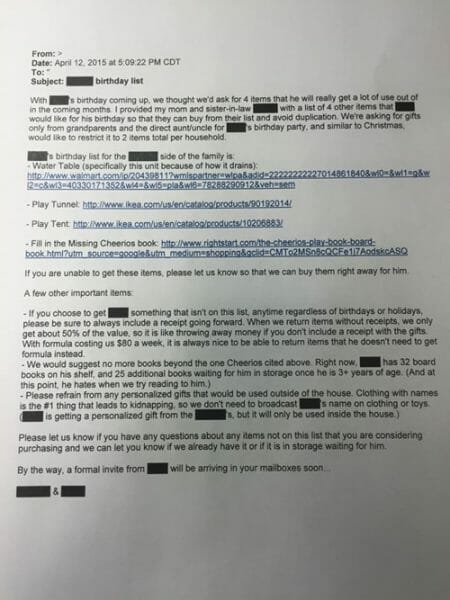 The fact that the parents even felt the need to do something like this is pretty unbelievable.  Redditors were immediately in an uproar over the incredibly bossy and overly detailed email and began providing tips on ways the family members could respond and which gifts to bring to the party that would outrage these snotty parents the most.

We think our favorite part was at the end of the email when it states “A formal invitation will be in your mailboxes soon …”  At this point they will be lucky if half the attendees don’t throw it away!  What nerve! And again we truly do feel for the child here, as it will ultimately be he, who is losing out in the end.