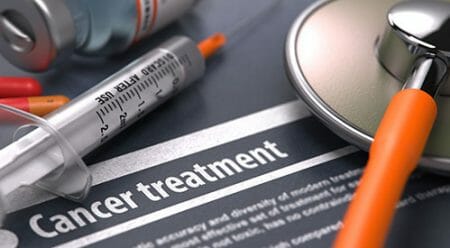 (PCM) Medical experts are claiming that they have made an important breakthrough in the fight against cancer with a new treatment that reportedly leaves patients symptom-free. Many feel that this news is almost too good to be true, however feedback from early clinical trails shows that over 50% of patients who participated in the trial are reported to be symptom-free after the treatment process.

The new treatment involves using a patients very own immune cells to fight off the cancer. Each of the patients who took part in the research trials were only given two to five months to live prior to the study. In 9 out of 10 patients who were suffering from severe leukemia symptoms of the disease completely vanished and also, 4 out of 5 patients suffering from blood cancer became symptom free as well.

The researchers took the patients immune cells (or T-Cells) out of their bodies and attached receptor molecules to them that specifically target cancer. The cells were then replaced in the patients bodies and the reinvigorated cells began to assist the patients body with fighting off the cancer. It is a fantastic sign that majority of the participants in the trails reported to be symptom free, however the research still requires a bit more work, as experts are not sure exactly how long the patients will remain symptom free and the cancer will stay in remission.