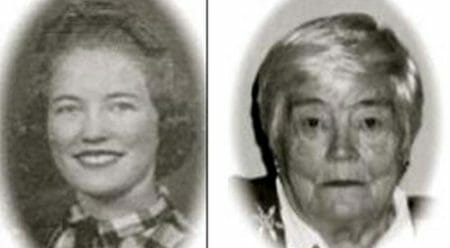 (PCM) A North Carolina woman by the name of Wilma Marie Voliva Black recently passed away and has now had her rather candid and accusatory obituary removed from the online edition of the town’s newspaper the “News & Observer”.  While the newspaper has not yet provided an explanation for why Black’s obituary was removed, many have jumped to their own conclusions based upon what they read in the seven paragraph story of her life which reads like a daytime TV drama.

Black passed away at the age of 94 and just some of the life events mentioned in her questionable obituary include marrying for the wrong reasons, covering up an affair, spousal abuse, illegitimate grandchildren, and being neglected and forced into an assisted-living facility by her son and his “mistress”.

You can read Black’s full obituary that has now been removed below:

“Wilma Marie Voliva Black struggled into life over 94 years ago. Alone, Eva realized that her sixth child wasn’t crying and unwrapped the umbilical cord from her only daughter’s neck on December 11, 1921.

Wilma was bored by living on an Indiana farm with no cash during the depression, but she liked school. Her nomination to the National Honor Society at Bloomington High School was a source of pride all her life although she thought her nomination had probably been influenced by her six Voliva brothers’ athletic prowess and popularity. Her brother, Dick, had even represented the USA as a wrestler in the 1936 Olympic Games in Germany.

Her co-star in a church play, Charles Black pressed Wilma into an elopement in May 1939. Wilma later learned that their marriage had been a cover for his sexual affair with their minister’s wife. Alcoholism and adultery continued throughout their marriage and ended in Wilma’s filing for divorce in 1969. Wilma is survived by the five children born to this union: Brenda (PA), Ronald (ID), Donald (CO), David (NC) and Debra (CO). She is also survived by 16 known grandchildren and their families.

As a military wife Wilma enjoyed moving frequently and lived in Germany, the Panama Canal Zone, California, Washington, Idaho, Utah, Colorado, Texas, Oklahoma, N. Carolina, and Indiana. Wilma sewed most of her children’s clothing when they were young. She loved books and magazines and frequently could be found curled up reading.

In 1999 her son moved her to NC and requested that she sign a durable power of attorney. Wilma lived independently with her son’s oversight until 2012 and then her son moved her into an assisted living facility in Knightdale. There he attributed her inability to care for herself to her lack of effort rather than the level of assistance and care she received. Family concern that she was being neglected was brushed aside. The location was convenient to his work and home. She told him, “This is not living, it’s existing.”

On Thanksgiving Day her son dropped her off in Knightdale, emailing his siblings that their mother looked about as poorly as he had seen her. A few hours later his mother was sent by ambulance to the emergency room with a temperature of 104 degrees. Her diagnoses were UTI, sepsis and light aspirate pneumonia. Wilma celebrated her 94th birthday with three of her children while hospitalized. Her anemia complicated her recovery and a medical error deprived her of her regular medications resulting in her agitation and fear. After her visiting children returned home, her son removed medical treatment. He later commented on the strength of her struggle for life. She died alone on Dec. 22 and was buried after Dave and his mistress returned from their Dec. 25 vacation trip to Oregon.

Wilma always said that her life seemed like a soap opera. Nearby stands the Indiana church where she had been baptized as a young and hopeful girl. Perhaps not so much a “soap” as a modern day tragedy.”

It is not clear whether or not the obituary was penned by another friend or family member or by Wilma, herself, but either way it is heartbreakingly raw.  May Wilma rest in peace!

This entry was posted in Debatable, Family, Life, News, RIP