My Journey To Health – A Bump In The Road 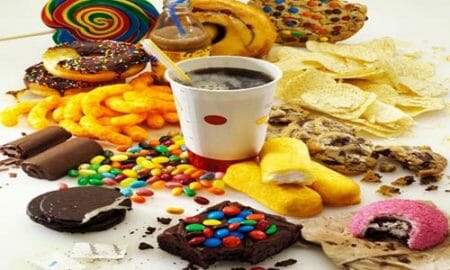 (PCM) If I gave these thoughts a title, today would be a bump in the road.

Recently I had a day that I felt both sick and very depressed.  I hadn’t really seen or talked to anyone in a couple of days and I had been stressed out about a few personal problems.  This combination of events led to binge eating.

On the day this occurred I had trouble with some government forms I needed to fill out.  I was told the “best” way to do this was on line.  So I went on line.  One of the first questions they asked was, “What county I lived in?”  I live in Delaware County and so I tried to type in Delaware.  It would only allow two letters.  So I worked thru every possible two letter combination I could think of for Delaware.  None worked.  Then I called the help line number.  It seems that it was a number combination they wanted.  No where did they say they wanted a number.  I didn’t even know my county had been assigned a number.  As I found out, later, no one else knew it either.

That was only one of the problems.  As time went on, I got more and more frustrated.  I called the number that I was given for help, and they couldn’t help.  They actually said, “We don’t know anything about these issues.”  That was after four calls.  They gave me a second number to call.  No help there either.

At the same time all of this of this was going on I was working on an article about Superman.  It will be part of Pop Culture Madness, on 01/08/16.  Please access it, I think it’s pretty good.  I was also working on the previous installment of this series.  I was also concerned about my health as I have had some strange things going on with my body that required two different doctors.  Yes the stress mounted.

I finally called my State Representatives Office.  They kindly told me they would assist me with the paper work the next day.  I thanked them and was able to calm myself down.  I ate dinner very late and went to bed.  The next day I woke up got myself dressed and drove to The State Representatives office.  I went to the wrong office.  I then went to the right office and got the paper work done.

I then had lunch and began to get very depressed.  I ate dinner at 8:30 and then it started.  Binge eating with me usually begins with condiments.  Spoonfuls of ketchup, mayonnaise, peanut butter, relish and anything else I can find. Canned Whipped Cream is great for a binge)  I did not do that this time.  I was aware that I was trying to change.  I had gotten rid of all the sweet stuff I had in the house, and believe me I looked.  I had to settle with a new cracker made from almonds and rice and 1/3 of a small container of Nutella.  Now Nutella pretends to be nutritious, but since it tastes like Pillsbury’s Chocolate icing, I tend to have my doubts.  After that I finished off one package of deli cheese and went for the second.  It was here that I stopped.  I actually felt guilty about the Nutella, so it ended.

Now was there a way to avoid this.  I think so.  I should have reached out to someone, instead of hoping someone would reach out to me.  I said in my last article that we needed to have courage and kindness, I lacked courage.  I had gotten very down on myself as I felt like I was a failure with the forms and the pain in my one foot was getting continually worse. In my head I thought, “Who would want to talk to me?”  These thoughts never lead to anything good.  Knocking ourselves is just plain dumb.  The world will do that enough.  I tell that to people all the time, but fail to do it on my own.

Now that’s not to say we shouldn’t evaluate ourselves.  We need to do that to assess where we are and where we would like to be.  But the hate talk in our heads has to stop.  I’m no good, No one likes me.  I can’t do anything right.  And the worse one is that if people really knew me they would hate me.  I think if people were honest with themselves we all have issues that would make others dislike us if they were constantly on display.  To quote the Dowager countess on Downton Abbey, “We all have chapters in our lives that we rather not have published.”

Negative self talk can lead to some very evil things.  Addicts take drugs or drink too much, I eat too much, some people go on shopping sprees and others commit suicide. I think we all should agree to end this pattern in our lives.  It will be hard work, but it is possible.  Some of you are truly taking this journey with me.  If you are one of those, learn to catch those thoughts and allow them to have no hold on you.  Remember this rhyme it’s from one of the songs from the musical Oklahoma, “I don’t say I am better than anybody else, but I’ll be damned if I ain’t just as good.