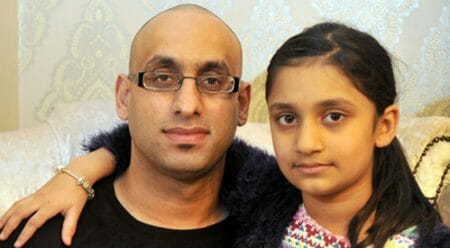 His plan worked, as Begum finally agreed to accept Najeeb’s kidney, as she was curious why he would want to sell his kidney to complete stranger when he could donate it to her. Najeeb had continuously been in contact with the hospital about his offer to donate his kidney to his mother, however he was told unless she agreed he would have been unable to donate.

When Begum first found out she desperately needed a kidney transplant she initially agreed to take her sons kidney however she later changed her mind, as she felt she would never forgive herself if something were to happen to him during the procedure. Over time Begum’s condition began to deteriorate rather quickly and she was forced to be on dialysis. When Najeeb overheard his mother talking to another relative who was living in Pakistan about the possibility of purchasing a kidney and having the procedure done overseas he decided it was time to take action.

He continued the trick every time that he mother tried to pull back out of the procedure after agreeing to take the organ and just kept telling her that if she didn’t take it, he would relist it on Ebay for another patient. Both Najeeb and his mother made a successful recovery and both continuing to enjoy life each with one kidney a piece!

This entry was posted in Family, Health & Fitness, Life, News