(PCM) People Magazine is celebrating the 30 year anniversary of their ever-popular Sexiest Man Alive issue and this year they have chosen soccer star David Beckham for the honor. Do you agree?

Beckham claims he is completely flattered with the honor and says that he truly doesn’t think of himself as being that hot saying “I never feel that I’m an attractive, sexy person”. The father of four also goes on to reveal that his wife Victoria Beckham approves of the honor and jokingly says “I would hope that she feels this way about me all the time anyway! ”

The announcement that Beckham had been chosen was made Tuesday on “Jimmy Kimmel Live” along with the unveiling of the magazine’s cover featuring the honor. 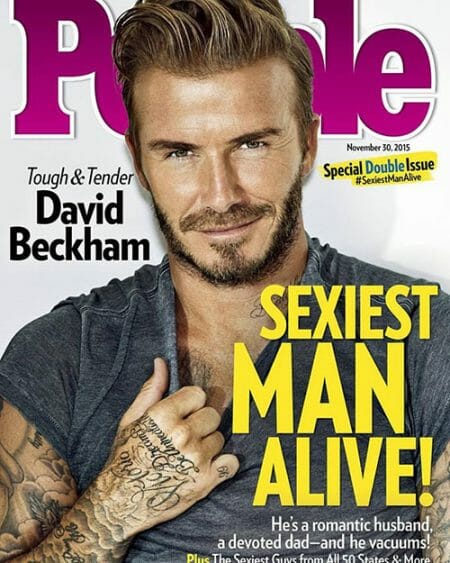 This entry was posted in Beauty, Celebrity, Fashion, Lifestyle, News