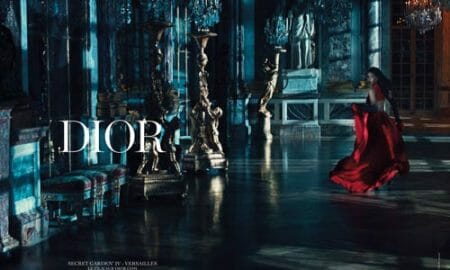 (PCM) Music and fashion icon Rihanna has made history by becoming the first woman of color to be chosen as the face of fashion designer Dior’s upcoming advertising campaign.

The news was announced that Rihanna would be the new face of Dior back in mid-March, however it was only within the last few days that her sexy and edgy advertisement photos began leaking out on the web.

The photos for Dior’s ad campaign were shot by photographer Steven Meisel for the company’s Secret Garden IV campaign and were taken at the incredibly elegant and historic palace of Versailles.

When the news about her campaign was first announced Rihanna revealed to MTV that it was “such a big deal for me, for my culture, for a lot of young girls of any color. I think to be acknowledged by Dior means a lot, as a woman, to feel beautiful — to feel elegant and timeless.”

This entry was posted in Celebrity, Fashion, Lifestyle, News