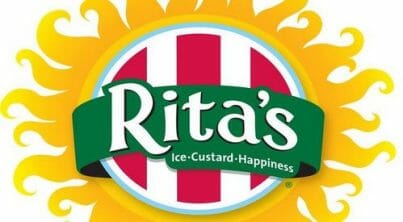 The chain made the decision to stop producing their creamy frozen custard due to an egg shortage caused by the bird flu outbreak.

Regarding the outbreak, Dr. John Clifford, deputy administrator for the USDA’s animal and plant health inspection service, said in written testimony to the Senate Homeland Security and Governmental Affairs Committee: “Today, we are facing the largest animal health emergency in this country’s history. People have lost their jobs and have seen their livelihoods put in danger, and our hearts go out to them.”

The outbreak, being the worst in the history of the United States, had forced the killing of 42 million chickens and over 7 million turkeys as of May. An estimated 10% of the country’s egg-laying population has been lost.

Rita’s addressed the egg shortage head-on by replacing all of their frozen custard with premium soft serve ice cream.

A Soft-Serve Ice Cream FAQ page on the official Rita’s website addresses the change, stating: “Rita’s is one of the many companies being affected by the egg shortage because our award-winning Frozen Custard gets its rich, creamy flavor and texture from real eggs. Until we are able to acquire eggs we are substituting a premium Rita’s Soft-Serve Ice Cream which is also terrific in all our signature treats.”

The company has received support from loyal fans for its transparency and proactiveness and showed gratitude in the form of a Facebook post:

We appreciate all the Rita’s fans who have reached out about the nationwide egg shortage and its effect on our custard….

This entry was posted in Food & Recipes, Health & Fitness, News