Rose McGowan faced a difficult challenge several years ago when she sat at her father Daniel’s bedside while he was dying from a rare lung disease. 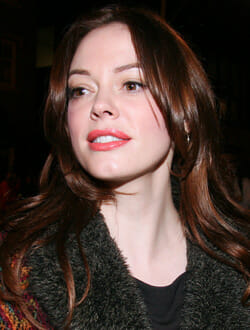 The actress, best known for her role on the TV show Charmed and subsequent movies, was her father’s support person, sharing his passion for art books and watching Little Rascal episodes with him from his hospital bed.

Now, McGowan is using her celebrity as an actress to put a face on a rare fatal disease as a way to help patients and their families on this difficult road.

She said in a recent exclusive telephone chat last week that she has made it her mission to raise awareness about idiopathic pulmonary fibrosis, the disease that took her father’s life in 2008 at age 61, and to help people recognize the signs and symptoms, receive sorely needed emotional support.

It is especially timely that she is speaking out about the disease and her advocacy now because September is Pulmonary Fibrosis month.

The raven-haired McGowan, 40, who portrayed Paige Matthews in the supernatural drama Charmed, made her film debut in the 1992 comedy Encino Man.

Her upcoming projects include a film adaptation of Edgar Allan Poe’s The Tell-Tale Heart which opens on Oct. 15, and she is making a movie in Texas called The Last Duane, a western due out in the fall of 2014, also starring Jason Patric. 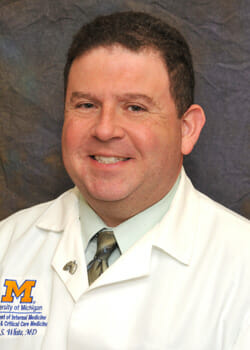 Dr. Eric White, a specialist in the fields of pulmonary and critical care medicine, has been working with McGowan to spread the word about PF. An associate professor of Internal Medicine at the University of Michigan, his current research centers on identifying biomarkers that may help with the diagnosis and management of IPF.

“Rose is bringing awareness out there – it’s a rare disease that is not as common and is not as well-known as asthma or emphysema, so just getting the name out there is of major importance,” Dr. White said.

“Idiopathic means we don’t know what’s causing it and PF means scarring of the lungs. It’s a progressive, fatal disease; the lungs get replaced by scar tissue. There are management options for the symptoms of shortness of breath and cough, there are oxygen supplementation and exercise regiments, but there are no treatment options,” he said.

According to Dr. White the key to helping patients and families is to promote promoting awareness in order to make an earlier diagnosis. “The earlier the diagnosis,” he said, “the more likely that patients will be able to benefit from some of the options we have to improve their quality of life.”

From personal experience I know how hard it can be to watch an ailing loved one in pain and distress since I have been a caregiver myself, so Rose please talk about what that was like to care for your father, Daniel McGowan, who died in 2008.

ROSE MCGOWAN: As you know, care-giving is hard. It’s hard to watch the person who you love descend into a debilitating disease. And it’s hard for care-givers to stay strong and be supportive, but that’s what you have to be.

How was your father diagnosed? Was it a long process?

RM: It was a somewhat long process. He was diagnosed with idiopathic pulmonary fibrosis, (IPF), but first he was diagnosed with asthma and someone else thought it was pneumonia, and this is not uncommon because of his symptoms – which are shortness of breath, coughing, exhaustion, fatigue, and tightness in the chest. It is very easy to mistake these for other things. So, when he finally did get his diagnosis, it was certainly a shock.

RM: Mostly he loved art, so we discussed art. He was an artist; so we would read a lot of art books together. We would also watch classic films. He loved watching [the classic TV show] The Little Rascals; I bought him the boxed set and took it to him in the hospital.

Since it can be overwhelming to care for a family member who is gravely ill please tell me, how did you personally get through the tough times?

RM: You know you just suck it up – there is nothing else you can do. And you realize it’s not about you. And support, support and love from me to him. .

It seems like there are a lot of life lessons gained from your close bond with your dad and being able to care for him during his illness. What did you learn from your father?

RM: What did I learn? I learned to be an individual, to think for myself. To help others; you know that’s why I am working for the Coalition for PF (Pulmonary Fibrosis), because he would have been really proud of this. It’s all about empowering people and that’s what his thing was as well, personally. So I just feel that by helping with this, I am carrying on that tradition.

Do you have any advice for somebody who is going through this care giving process who has a loved one dealing with PF or another debilitating illness?

RM: Knowledge. Knowledge and support. It would be great if you could find a support group. If not, it would be great if you could start one. There’s a great web-site called Coalitionforpf.org. And as we know, knowledge is power. And one of the things we know is that when you suffer from a debilitating disease you do feel like you are alone. And even if going on-line you can find chat rooms and you can find out for yourself that you are not the only one and that helps a lot. 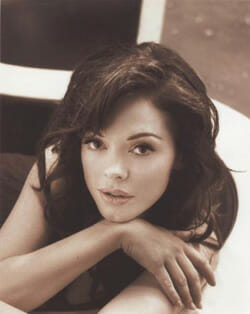 How do you feel empowered to make a difference, since that was so important to your father?

RM: I feel empowered just being the chair of the Daughters for Pulmonary Fibrosis; it’s a huge honor. It’s sad that I’m in the situation where I would be doing that, but I am thrilled to be involved. If there is one person who feels less alone, it’s worth it.

RM: Because I remember my father in a room by himself cold and shaking and he couldn’t get warm no matter what. And I imagine if he was on-line and saw some of the stuff that we are talking about today, he would have felt less alone. And if I can help someone else feel that way then that’s a good thing.

What are you working on? Do you have any movies coming up?

RM: Yes. I’m about to go and do a movie in Texas, it’s a Western called The Last Duane. And I have a movie The Telltale Heart coming out, and I just finished my first directorial effort – so I am very excited about that. Fingers crossed. And I am engaged and getting married. So, there you go – it’s all good.

What did your father think of you being an actress? Was he supportive?

RM: He was an artist and he loved anything in the arts, so I think he got a kick out of it. My brothers and sisters are all super accomplished. My one sister is rocket scientist, another one is a fighter pilot, one is a doctor, one is an art history major – so I was not alone in being somebody who was somewhat successful. He’s proud of each of us equally, but he certainly liked certainly anything that has to do with the arts – that’s what he adored.

This entry was posted in Advice, Celebrity, Health & Fitness, Lifestyle