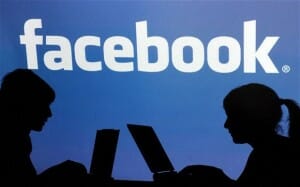 “OMG… did she defriend me?” Anyone who owns a Facebook has either said this statement or had this statement said about them at one login time or another. With saying that, not only have Facebook fanatics did the defriend, been a victim of the defriend, or contemplated the defriend, but they understand the implications that come with it. Ladies and gentlemen, welcome to the psychological warfare that has reached the social media realm. It brings the phrase, “You can’t sit with us,” from the classic movie Mean Girls to a whole new level – the DEFRIEND!

For those of you not familiar with Facebook, which brings me now to an audience of five people, each person who uses this system has a buddy list consisting of their friends. The friending process is a simple procedure consisting of sending a request to someone asking if he or she wants to be friends with you too. Usually a request comes from an old childhood buddy, people you met the night before at a party, family members who are eager to keep up with what you are doing, who you are dating, and what you are doing with your life, and the “randos” of men. These men you either don’t know at all or the ones who stalked you because you have “one mutual friend” and they think that is enough to let them see everything you are doing without ever meeting.

I am out of breath. But, that is the friending process in a nut shell. The defriending process is a lot stricter and more socially awkward. When you choose to defriend someone, it is basically saying that out of your 1,000 friends, you have personally selected him or her not to have access to your information. A defriend can either be the result of a bad breakup, you simply don’t talk to someone anymore at all, or you are trying to get a point across. Each has a different negative connotation but the same end result.

I have been guilty of all three offenses. Then again, I am sure a lot of you are too, since we all are constantly meeting new people and we all don’t have 8,000 friends. The most recent defriend incident I had was unfortunately dealing with the last of my three reasons listed above – “trying to get a point across.” I know, so tacky to hide behind a computer screen to tell someone something through my actions, well, virtual actions. Then again I can’t feel too guilty, we come from a world now where you can get an entire Master’s Degree online without ever going to class, you can SKYPE from your phone anywhere with Wi-Fi access, and you can pay all of your bills online. Eighties movies weren’t kidding when they presented the future as a technologically-savvy universe.

Just to give you the big picture of my social media incident, I went to grade school with this guy; I will call him Giovanni, and knew his family well. He took me on one date last Fall after sending me several weeks of romantic text messages all about how he told his family about me and he can’t stop thinking about me… blah, blah, blah. So, he takes me on this date, which wasn’t as romantic as his Fabio-styled texts. Anyway, a week later my dog, whom I loved very much, had passed away before Christmas. He kept saying how excited he was to take me out to dinner again to lift my spirits. But, G-DOG didn’t call me again, wish me a Merry Christmas, Happy New Year, or say good luck on the new job I was starting in January that was a block from his office.

About eight months after this one date, I learned he was actually crushing on some younger girl I went to high school with, dating someone else, and obsessed with my best friend. I should have known he was in love with my friend as whenever I’d ask him if he’d want to meet up at a bar with my friends and he’d write, “well, who’s going?” That should have been a red flag and I should have responded, “I am going, isn’t that all that matters.”

He texted me again this past September and didn’t fail to provide me with his same great lines that I swear he stole out of a Nicholas Sparks novel or something. He even referred to himself in third person saying, “Giovanni is not that stupid to lose someone as great as you twice.” I found out a week later he told his friend that he (Giovanni) and I had “hooked up,” the night he was texting me, which was not the case at all. Unless he made out with his phone while we were texting? Brings the song, “Kiss Me Through The Phone,” to a whole other level.

With the rumor going around that we did something we did not do, which completely creeped me out, combined with his round two of schmoozing me, I felt a more drastic action was necessary. Since I was not going to see him around at all again, and to put it simply he just really pissed me off, I went ahead and did the defriend. This is one last Facebook “message” that was sent!