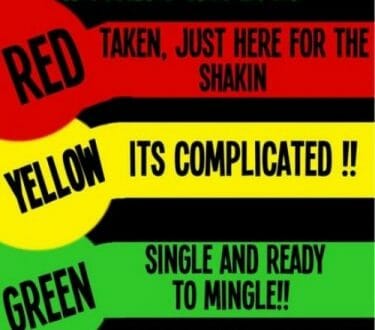 (PCM) “I don’t get how we are supposed to know if someone has a girlfriend unless they post ‘I have a girlfriend’ in big bold letters across their shirt,” said my friend Lisa.

On a drizzly Friday night, my girlfriend Lisa and I embedded ourselves in my suede couch and shared our weekly stories. If you remember, Mr. Rogers too used to share stories from his neighborhood, humble abode sporting sweater vests, reading from a book about Thomas the Steam Engine.  Lisa and Adrianna tell stories with penguin-themed PJ pants and a bottle of wine.

We were recapping the current dating scene for many of our friends. Each story pretty much had the same plot: girl meets boy at bar, girl falls for boy, girl drunkenly hooks up with boy, girl finds out boy has a girlfriend the next day.

Yup!  Our friends are getting hit on by these guys who are already taken. But the funny part about it is that the girlfriends get mad at our friends, NOT the guy. This does not make any sense. IF the unsuspecting victim (ahem the girl getting hit on) is approached by a guy and led to believe he is single, how is that the girl’s fault? Shouldn’t a boyfriend know not to flirt with someone and then make out with them? One would think so. It’s not like a girl gets to interview current friends and family to get a detailed analysis of the man she just met for 5.5 seconds. I think there’s an app that was created to do an instant search on the romantic candidate for such occasions.

In the real world, and I don’t mean the reality show where seven strangers get picked to live in a house, it is impossible to tell if someone has a girlfriend.

For instance, our friend Briella meets Joe at a club. He woos her with false promises of future dates as he buys her a fifth vodka club with a splash of cran. As the night progresses, he really “opens up” and talks about how pretty she is and how badly he has wanted to kiss her when he saw her from across the bar.

After laying down all the ground work, does Briella really have to ask him for his first and last name to do a Facebook background check to ensure his status confirms “single”?

Why can’t girls just TRUST a guy and believe he is telling the truth and not looking to cheat? I honestly think the best pickup line now would be, “Hi my name is Joe and I don’t have a girlfriend.” Wow, what a relief for the female to know that right off the bat. She could be comforted in knowing her phone won’t blow up the next day with threatening texts from another girl.

Perhaps bars should start to have Stop Light parties again. Those taken wear red, those who are seeing someone wear yellow, and those who are single wear green. It would clear up a lot of confusion for ALL parties. Yet, how can we be so sure that men who are taken would actually wear red. They would probably wear green and play it off as they didn’t understand the color scheme.