Texas School “Fixes” A Students Haircut With A Marker 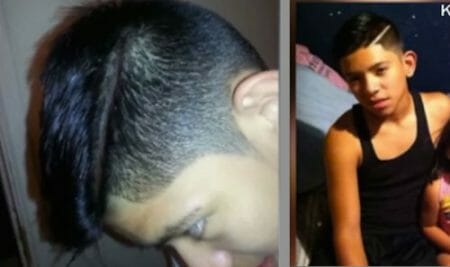 (PCM) A Texas mother is furious after her son returned home from school with marker on his head. The marker was used on her sons head by the assistant principal of the school after he deemed her sons haircut to be possibly gang-related.

The assistant principal used the marker to color in a shaved line on the boys head. His mother claims that her son has had the same haircut for the last five months and she is in now way raising her son to portray a type of gang lifestyle.  She feels that the school owes an apology to be her and her son for the embarrassing incident.

Upon review of the school’s handbook, the dress code does state that no shapes can be shaved into a students head, including lines, however the boys mother claims that he was not in violation of the dress code and that overall it needs to be updated.

The school district, while not commenting directly about this incident, said that they plan to review their dress code standards and will certainly keep this incident in mind.