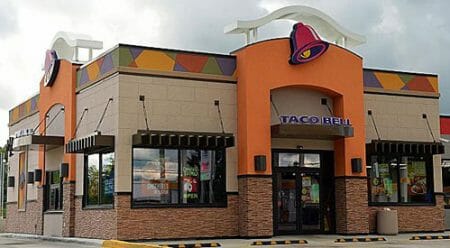 (PCM) An Ohio woman caused quite a ruckus at the Taco Bell location in Euclid, Ohio for the most utterly ridiculous reason. The woman refused to move her vehicle out of the restaurants drive-thru lane and it got so intense that store employees had to contact the authorities to take over the situation.

So, if you’re wondering just why this woman was so darn “saucy” get ready for this!  The Taco Bell location just so happened to be out of “Mild” taco sauce! That’s it! No other reason. She was also irritated that they would not discount her food order by 50% off due to the inconvenience of not having the “Mild” sauce as they only had “Fire” sauce.

Since “Mild” sauce was the woman’s only condiment of choice she decided to make a big stink about the situation and refused to leave the drive-thru lane. Eventually, the authorities were able to get the woman to leave the Taco Bell location, but not before she created a major headache for both store employees and other restaurant patrons.

We are guess that she is probably banned from that particular Taco Bell for life! Thanks for ruining taco-time for everyone lady and making everyone else pretty “saucy” in the process!