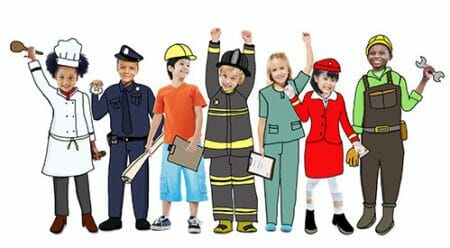 (PCM) A shocking new study that was recently conducted by travel company First Choice has revealed some eye-opening results that claim children are striving to become “YouTubers” more than any other career path. The Sun reports that the 1,000 children aged six to seventeen were asked the age old question of ‘What do you want to be when you grow-up?’ and more than one third of them responded that they had strong aspirations to become a YouTuber when they grew up. Others claimed they wanted to be a model or a pop-star!

What happened to children wanting to be a teacher, a nurse or a doctor, or even a lawyer? It is terrifying that the youngsters no longer have strong aspirations to enter these types career fields, as they would rather achieve viral online fame. What they fail to understand is that those types of career paths can be fleeting and while some of them may succeed, others will be left scrambling for work when their fifteen minutes of fame comes to an end.

This study further cements the ideology that technology and computers are slowly, but surely taking over our lives. The Sun pointed out that the types of careers such as ‘YouTuber’ or pop star would allow the children more self-expression and creativity in the job field and surprisingly money was not the determining factor for children wanting to choose these particular career paths as that came in at number four on the survey.

The children also responded in the survey that they wished more media and video studies courses were taught in school rather than traditional Math and English. To this we have to agree a bit, as of course we think Math and English are important subjects, but also feel students should be taught real life skills in school as well so they are not lost and floundering when they are eventually tossed into adulthood.