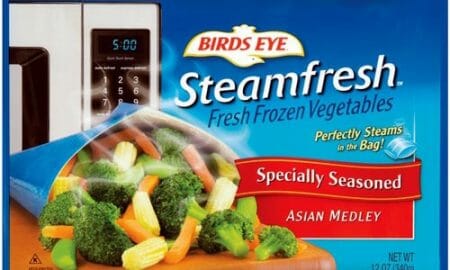 (PCM) Many of us pass by the frozen foods section of the grocery stores at least once a week. It seems as if frozen meals and vegetables have been around forever. We stock up on these frozen dishes for easy meal prep and when fresh foods are just not easily available.

Thinking about frozen meals left us wondering who was the genius that first discovered a way to freeze food in the first place. Despite the fact that food freezing methods were created in colder climates for centuries, the creation of most frozen food as we know it today is credit to Clarence Birdseye. Birdseye invented a way to quick freeze foods back in 1923 and it is the same method that is still being used today!

While working as a fur trader in Labrador, NF, Canada, Birdseye discovered that the fish that he and the local Inuit caught froze almost immediately after being pulled from the water. He was delighted to discover that the fish was just as delicious when thawed out months later. From this experience, he theorized that food must be frozen very quickly in order for it to retain its taste and texture.

Hence, the creation of the flash freeze method, which is why much of the frozen food still retains it’s same great taste! Birdseye developed two methods for quick freezing foods, both of which employed the innovation of packaging the food beforehand. In the first technique, the package was held between two metal belts that were chilled to -40°F to -45°F using a calcium chloride solution.

In the second and more popular technique, the packaged food was held under pressure between two hollow metal plates that were chilled to -25°F by the evaporation of ammonia. Using this method, a two-inch-thick package of meat could be frozen to 0°F in about 90 minutes, while fruits and vegetables took about 30 minutes.

Birdseye’s quick-freezing process actually ended up creating 168 patents and it was one of the most important leaps in the modern day food industry. For those that are curious his patent number was #1,773,079, in 1930 for the quick freezing method.

The Birdseye company is still in existence today, you can read more here! There is also a website dedicated American Frozen Foods which can be found here for even further reading!

This entry was posted in Fixed It For You, Food & Recipes, Food News, News, Science