Can Songs Really Cause Suicides? 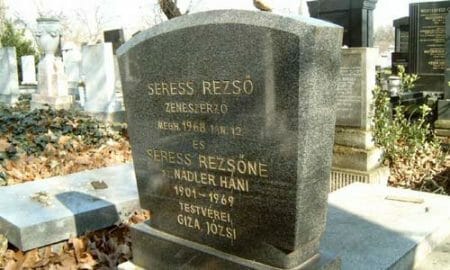 (PCM) Any music fan will surely tell you that music can have a significant effect on a persons mind and emotions. Listening to music can cause us to feel happiness and joy, while other times it can cause us to feel sadness and pain. It all depends on the mindset of the listener and the way in which a particular piece of music speaks to them.

But could a piece of music really cause someone to want to take their own life? Well, one song is particular has been blamed for the deaths of over one hundred listeners, as well as, the composer of the piece himself.

That song is known as “Gloomy Sunday” which was published by Hungarian music composer, Rezso Seress, back in 1933. It later became known as the “Hungarian Suicide Song” and was eventually banned from the radio when at the time over nineteen suicides in Hungary and the U.S. were attributed to listening to the recording.

Seress was a 34-yr old struggling song writer. It is said that after his girlfriend left him he became so depressed that he wrote Gloomy Sunday. Some say that the song Seress wrote was a description of war and the final destruction of the world. He put his sorrows and his disappointment in the song with all his heart and soul. The music alone was very depressing and sad. Then came the mournful lyrics written by László Jávor. It is said that Jávor’s suicidal girlfriend inspired the song.

According to this song, the actor wants to commit suicide after his lover’s death to reunite. The original song was recorded in Hungarian, however, in 1936 the song was recorded in English by Hal Kemp whose lyrics were written by Sam M. Lewis. The lyrics of Lewis’s song clearly refer to suicide.

Some feel that this story is only an urban legend, as it was claimed that the people who committed suicide had a piece of sheet music in their hands or some quoted the lyrics of the song in the suicide notes. Some say that people listened to the song again and again and killed themselves.  It is even claimed that two men shot themselves hearing the band play the song live.

In the early 40s, BBC banned the lyrics of the song as they were disturbing the public. Later only the instrumental versions were allowed to play on the radio. It is said that certain radio stations in the US also refused to play the song as they feared that the song was responsible for the suicides. According to the legends, more than hundred people committed suicide after listening the “Gloomy Sunday”.

Seress, the composer, ended up committing suicide himself on January 13, 1968 by jumping from his apartment building. He left the following note prior to his tragic death: “I stand in the midst of this deadly success as an accused man. This fatal fame hurts me. I cried all of the disappointments of my heart into this song, and it seems that others with feelings like mine have found their own hurt in it.”

Below you can find the lyrics (translated into English) for “Gloomy Sunday”:

“Gloomy is Sunday, with shadows I spend it all
My heart and I have decided to end it all
Soon there’ll be candles and prayers that are sad, I know
Let them not weep, let them know that I’m glad to go
Death is no dream, for in death I’m caressing you
With the last breath of my soul, I’ll be blessing you.”

Music is designed to create moods, to start you dancing, or thinking, or singing along, so it’s seems pretty reasonable that sad music could make someone more depressed or even suicidal is some cases.

“Gloomy Sunday” is not the only song ever accused of being the cause of suicide. Back in 1984, a fan of Ozzy Osbourne, nineteen year old John McCollum, committed suicide. McCollum’s parents believed that singer Ozzy Osbourne was actually responsible because their son had been listening to Osbourne’s album, “Blizzard of Oz”, which contains the song, “Suicide Solution,” when he killed himself. They later filed a lawsuit against Osbourne, however the lawsuit was eventually dismissed which the court claiming “Although it is generally legal in the United States to express any viewpoint or feelings, it is not legal to directly incite specific and imminent violent actions. But since this standard is hard to prove, virtually every attempt to hold an entertainer responsible for allegedly inciting action has failed.”

There is also a very disturbing story in “Schindler’s List” about two Jewish violinists forced to play for the Nazi guards who noticed one of the camp officers looked depressed when they played a certain song. They fitted it in as many times as they could that evening, and later learned he had killed himself.

Other songs that have been placed on blame for suicide include “Ordinary World” by Duran Duran, “Immortal” from Evanescence and “Trouble” from Coldplay to only name a select few!

Every song means something different to each listener, it is really just a matter of what their mindset is like and whether or not they have deeper emotional issues going on that need to be addressed by loved ones or a professional.