1938… The March Of Dimes Organization 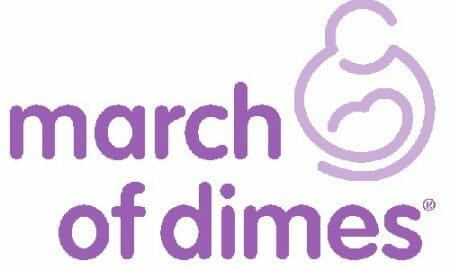 (PCM) Back in the year of 1938, President Franklin D. Roosevelt, often referred to as FDR, founded an organization which was then called the National Foundation for Infantile Paralysis. The foundation’s mission was to find a cure for polio, which FDR contracted.

The foundation immediately gained intense popularity, mostly due to its’ founder and the nations’ support for him. FDR believed that if everyone donated only a dime then polio could eventually become eradicated. After Roosevelt contracted the disease, it is said that he was never able to walk again on his own.

It is because of FDR’s motto about donating only a dime that his face was eventually memorialized on the dime coin after his death in 1945 and his foundation was renamed the March Of Dimes.

The March of Dimes, or as it was then called the National Foundation for Infantile Paralysis (NFIP) was formed during the war years, so it was definitely a feat to try to get people to donate. The foundation made use radio, Hollywood and the popularity of FDR to garner support and it definitely worked.

According to the March Of Dimes official website,  “Basil O’Connor, a close associate of FDR through his entire presidency, became the leading light of the March of Dimes for over three decades, and his immediate task in 1938 was to build an organization that could quickly respond to polio epidemics anywhere in the nation. As president of the NFIP, Basil O’Connor set out at once to create a network of local chapters that could raise money and deliver aid – an adventurous program that paid off substantially just as polio was on the rise.

Little was known about polio then, but the scientific committees established by the NFIP to fund virus research found opportunities to assist the war effort by investigating diseases affecting those in uniform.”

Many chapters of the March Of Dimes opened across the nation spearheaded by groups of volunteers, work that continues to occur to this very day with various missions. With the assistance of the volunteers numerous medical researchers were granted March Of Dimes research grants and eventually a young physician named Jonas Salk, MD was able to discover a vaccine that ended the polio virus in just a few short years.