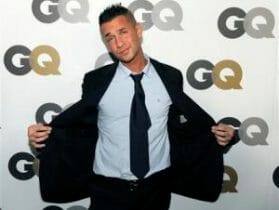 We’re used to hearing about stars getting free stuff all the time, from designer clothes to the latest and greatest gadgets. But leave it to the cast of Jersey Shore to shake things up!

It turns out, designer labels DO NOT want these reality mega-stars wearing their merchandise, and are willing to pay them not to! Abercrombie & Fitch do not want the Mike “The Situation” to be seen wearing their clothes, stating “it may be distressing to many of our fans”. Here is the official statement from Abercrombie:

“We are deeply concerned that Mr. Sorrentino’s association with our brand could cause significant damage to our image. We understand that the show is for entertainment purposes, but believe this association is  contrary to the aspirational nature of our brand, and may be distressing to many of our fans.  We have therefore offered a substantial payment to Michael ‘The Situation’ Sorrentino and the producers of MTV’s The Jersey Shore to have the character wear an alternate brand. We have also extended this offer to other members of the cast, and are urgently waiting a response.” 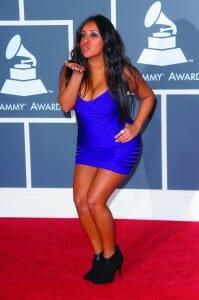 The Situation isn’t the only one laughing all the way to the bank. Snooki’s making out too – with designer bags! Snooki isn’t paying for all those new designer bags she’s toting around – she receives them as gifts from various luxury lines…but they aren’t sending her their own bags.

That’s right – designer labels are sending her competitor’s bags! Why? Well, it seems as if nobody wants poor Snooks wearing their bags. So instead, they send her competitor bags for her to put her face all over, all while keeping their brand “clean”.

Snooki, The Situation, and the rest of the gang are used to making big money for public appearances and endorsements, so this is definitely a first. How many stars can say they got paid NOT to wear something, or got free designer bags sent from competitors!? Some might find it embarrassing, but really, aren’t they famous for being drunk?!

This entry was posted in Celebrity, Fashion