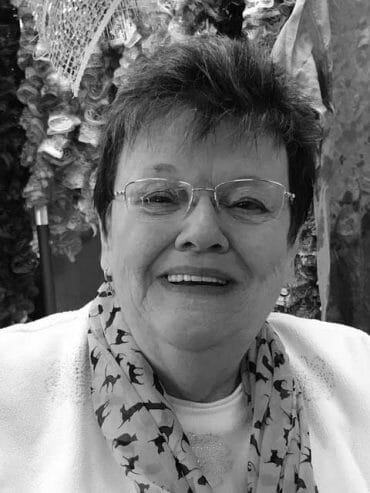 My friend Ann Cavanaugh Francis was a friend in every sense of the word.

When she touched your life, she truly made it better in every possible way.

A native of Scranton, Pennsylvania, Mrs. Francis moved to Willow Grove, Pennsylvania (Suburban Philadelphia) with her loving parents, Aileen and Harold. She attended St. David’s School starting at the 4th grade, and had been talking with old school chums about an upcoming 55th class reunion. She graduated from Archbishop Wood Catholic High School in 1967 and went on to graduate from Temple University School of Pharmacy in 1972.

Mrs. Francis had a distinguished 40-year career as a pharmacist, and she loved it. She started at Einstein Hospital, worked next at Abington Hospital and later at Home Health Care Resources and CORAM home care infusion company. She was a critical care, operating room, and infusion pharmacist.

She took calls at all hours and braved snow, ice, rain and all kinds of bad weather, because this very dedicated, hard-working professional made lasting impressions on colleagues and patients, and ALWAYS took her work very, very seriously.

My friend had a true work ethic, took responsibility seriously, and made an enormous commitment to her long and honorable career as a pharmacist. Intelligent, hard-working, focused, responsible and loving are the words that best describe my friend. She was also tough, sweet, smart, fair, and people from various walks of life were attracted to her and her loving spirit.

Early in her career she worked in intensive care units and operating rooms and initially did not realize how much she wanted to connect more with people. When asked in a work-related healthcare article about what she loved most about her work she responded: “Patient contact.” 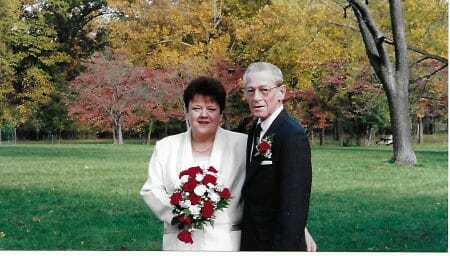 In addition to her love for her work, Mrs. Francis was a devoted wife to her late husband Marvin Francis. Their little family included their Shetland Sheep dog named Pixie, and their Himalayan cat named Spunkie – and each were devoted pet parents, who had a beautiful later-in-life love story.

After her husband’s death in March 2013, she became friendly with a group of young widows and widowers, where we met, who were all coping with the recent loss of their spouses, and they became a comforting support network for one another. This group, The Comfort Club, met every other Saturday for years, where Ann socialized, shared stories, and cared for her friends.

When she retired, volunteer work became her passion: going weekly to Luther Woods Rehabilitation Center in Hatboro, PA., with her therapy dog, Pixie, the dog she loved to pamper and care for, assisting in the operating room of a cat rescue center, working with Volunteer Income Tax Assistance (VITA) which provides free tax help for low income seniors and others in the community. 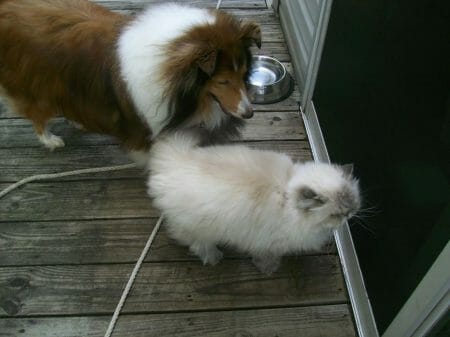 With all of this she never called in sick – it was a job and she ALWAYS took her volunteer work seriously because they were counting on her to lend a helping hand.

She had a variety of interests and enjoyed each one with passion. She was a voracious reader and loved mysteries, especially James Patterson and Patricia Cornwell. She read every single one of them. She read the newspaper cover to cover every day and read two on Sunday.

She was always a problem solver, so when something broke in her house she often went on YouTube, found a video, learned what she needed to know and fixed it. She enjoyed NCIS, Law & Order, and Bull, and a wide variety of movies and shows.

When I look at her Facebook pages I see photos of Mrs. Francis with many, many friends enjoying social activities and helping others – staying up until midnight to make waterproof mats that were donated to the homeless in Bucks County, through Advocates for the Homeless and Those in Need; crafting items that she toiled over that were sold at the Luther Wood bazaar to raise money for the needy at Christmas; working with therapy dogs and her agility group, who became play group friends, and then much more. 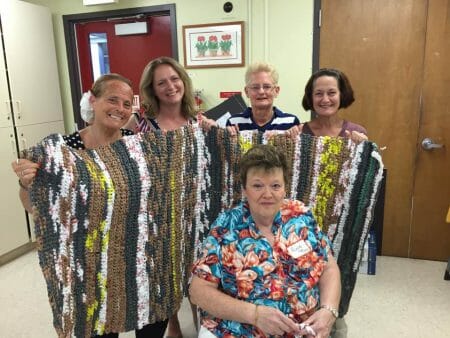 When I went to Luther Woods several times with my friend and her dog, Pixie, I asked the staff and the residents what their visits meant to them. They said of course they loved the canine companionship, but they looked just as forward to Ann being there because of her kindness, compassion and giving nature that truly brightened their day.

I once asked Mrs. Francis why she had spent the past seven years or so helping the residents at Luther Woods. She smiled and said, “My mother, Aileen, was there for a while and treated so well. I want to thank them and give back.” Giving back, caring and being there for others was the key to understanding Ann.

Many of us were fortunate enough to have known and loved Mrs. Francis for many years, like her friend of 46 years Sandy Malkin, who was at her side, even when she took her last breath. Mrs. Francis was 68 years old when she passed.

For the past five years, I have had the privilege of calling her my dear, dear friend, and from the moment we met she was right by my side whenever I needed her – for anything and everything.

I am an entertainment writer and since she loved movies, plays, pop culture and the like, we had a great deal in common. A few weeks after we met I called to tell her that I was invited to interview Jennifer Aniston but I couldn’t go because I was a single mom of a then seven-year-old son and didn’t have a babysitter who could stay late enough.

She responded, “What time do you want me to come over?” I said, ‘I’m not asking you to help,’ and besides my son, Adam, didn’t know her, so I didn’t think that it was going to work out.

She said in her usual no-nonsense fashion, “I will come sit, and bring a book. If he wakes up I will introduce myself and put him back to bed.” And that’s exactly what she did.

Shortly after that my son Adam and Ann became fast friends, and we often went on adventures – to Hershey Park, the circus, ice show, theater, ballet, symphony, and Grange Fair, my son’s therapeutic horseback riding shows. She eagerly participated in whatever I came up with. 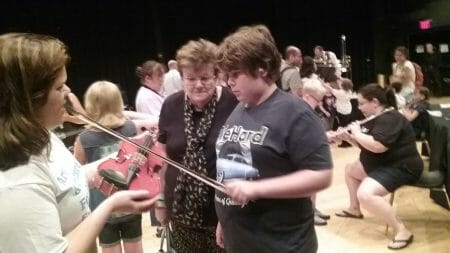 She was a support person for a harried single mom, friend, confidant and proofreader, for whatever I needed she was there with love and support. Not only that, but every few days or so she would send me an email to a link with a program or event for children, for people with autism, for animals or other family friendly activities she knew about that she thought Adam would like.

She would often push me to be stronger and more self-reliant, telling me to put my ‘big girl panties on, stop complaining, and get the job done.’ She also pushed my son who has autism to conquer many of his fears, to be more independent and show the world what he is made of. Ann literally changed this boy’s life with her patience, love, understanding, and, of course, chocolate chip cookies.

Having someone who believed in me so much, truly made me believe in myself and my abilities to achieve so much more. Mrs. Francis was a brass tacks, no bull kind of person, who told it like it was, pushed us to be our best, and loved so many friends, and she had a zest for life, which was cut way too short.

I could reminisce for hours about our travails. Each group of friends here can reminisce about the great times, meals, outings, and adventures they went on with Ann. She was fiercely loved by the Comfort Club, the agility club/playgroup, the tax volunteers, the Luther Woods’ staff and residents, humans and animal friends alike, and on and on and on. 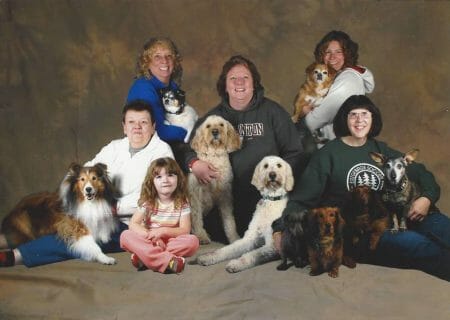 She and I had so many wonderful memories together from seeing countless movies, Broadway and Philly musicals to participating in special events, and she didn’t just go as a passive observer. She would go online and find out the history of the play, the actors or the writer, and make the experience even richer. She didn’t just travel with her friend, Sandy, she learned about the history, culture, cuisine and brought back wonderful stories, booklets, and photos. Her stories were better than the ones in the travel section.

My dear friend was at every one of my parties, always bringing comfort foods, holiday cookie trays and baked goods, and she was at so many of my son Adam’s events. Because I am devoted to the Suburban Philadelphia non-profit Autism Cares Foundation, she was there to support us at bingo and other fundraisers – basically whenever and wherever she was needed, she was there with her sleeves rolled up and happy to help.

The last week that Mrs. Francis was in the hospital, I was there with her friends Sandy Malkin and Michelle Henrie, and while I was clearly in denial it became apparent that the end was near. I kept saying all we needed was a miracle. Two days after Ann died I realized that Mrs. Francis, her friendship, love and support was the miracle and how very lucky we were to have this formidable woman in our lives and how tough it is to say goodbye.

My world was brightened by having Ann as my friend and it feels so much dimmer right now. My friend was truly an unfinished symphony with so much more to give.

I will miss her every single day, cherish all of the wonderful memories, and I know that my life, my son’s life and the lives of all of us whom she loved and cared for will never ever be the same.  She was a rare gift, a new friend coming into my heart at midlife, and changing my view of everything with her loving touch. They say if you have even one friend who is true blue, has your back, and is always there to listen, help, and love you, you are very lucky. She did that for me.

The only bright spot is to think that Adam and I, and all of us who were fortunate enough to call Ann our beloved friend, now have a bright star, a guardian angel to watch over us for the rest of our lives. May she rest in peace and remain forever in our hearts. 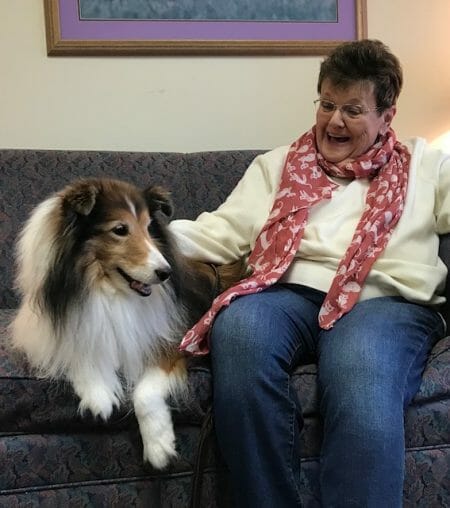 This entry was posted in Family, interview, Lifestyle, RIP