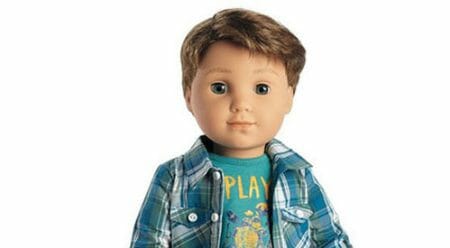 (PCM) After many years of requests from parents the American Girl doll company has revealed that they are gearing up to release their first-ever American Boy doll. Director of public relations for the American Girl Doll company, Julie Parks, commented to the Huffington Post saying, “Adding a boy to our lineup has been a number one request for a very, very, very long time.”

The company is planning to release a much larger set of new dolls this year, as both parents and children are consistently requesting dolls that feature more diversity, experiences and interests. The very first American Boy doll will be named Logan Everett and his story is that he is a boy who plays drums alongside his friend Tenney Grant, a singer-songwriter in Nashville, Tennessee.

We never realized that these American Girl, and now American Boy dolls had such detailed backstories, but it is definitely great to see that the company is finally branching out.