Are Diet Desserts Lying to Consumers? 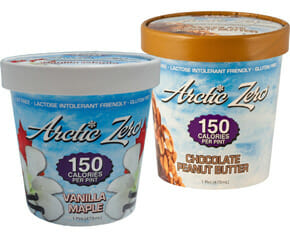 (PCM) Did you know that the FDA allows food product labels to be off by 20 percent in terms of calorie counts? That means your “300-calorie” frozen dinner could have up to 360 calories, and it would be completely legal for them to lie! Most companies don’t do this, and the guidelines are set in order to protect companies “to account for variation in portions” – not to lie to you. However, it’s still a good idea to keep this in the back of your mind, especially if you’re on a strict calorie intake and consume a good amount of packaged foods.

As part of a recent segment on TODAY, a variety of diet-friendly desserts were tested at a food lab to see if their low calorie counts were accurate. According to the report, lab tests revealed that a Skinny Cow Truffle Bar, a Stonyfield Frozen Yogurt, and a Ben & Jerry’s Fro Yo actually had lower calorie counts than the stats listed on the packages (but not by very much). Weight Watchers desserts, on the other hand, had more calories than they promised: the Giant Chocolate Fudge Sundae Cone came in with 13 percent more calories than the label; the Ice Cream Candy Bar, 16 percent more calories.

Two Arctic Zero products were found to have 46 to 68 percent MORE calories than the labels state – now that’s NOT allowed by the FDA!

“Shame on this company,” Joy Bauer told TODAY. “People, they are eating the whole pint in one sitting. You eat that every single day, listen, at the end of the week you have to walk an extra nine miles just to burn off those calories.”

Bottom line: You can’t trust all those “diet” products out there! Eat a variety of fresh, healthy foods, and make your own healthy treats when you’re craving something sweet.