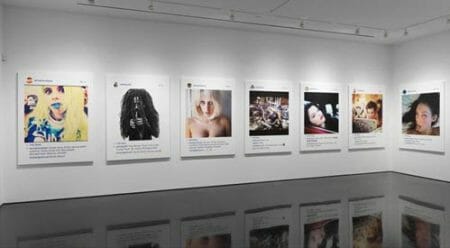 (PCM) A so-called “artist” by the name of Richard Prince has been turning quite a large profit by blowing up images from other people’s Instagram posts and selling them for upwards of $100,000. This is yet another reason to be incredibly careful about what you post online, as Mr. Prince is selling all of these prints without the permission of the individuals who originally posted and shot the photos.

Thus far, those that have attempted to sue Prince for copyright infringement have all lost in court due to a loophole in the laws surrounding intellectual property. It appears that fair use allows artists to comment or change an existing artwork to create something different. It is just how much change that is needed to make it different that comes into question, as long as it is a new expression, the court system considers it to be fair use.

Prince is simply taking the original photo from Instagram, blowing it up in size and then adding some of his own commentary to the bottom of the image. He has title the art series “New Portraits” and it has been on display at several art galleries and fairs in the New York City area.

Word to the wise for Instagram users … if you don’t want your images stolen and used for profit, be sure to set your accounts to private for protection.