Mom Publicly Shames Teen For Lying About Her Age On Facebook 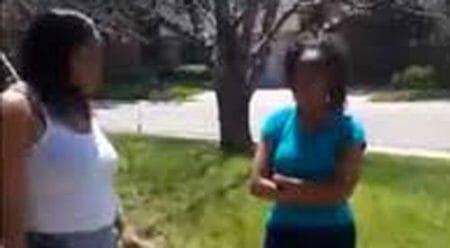 (PCM) It is always important for parents to monitor their children’s activities online, especially when it comes to social media networks such as Facebook.  When one Colorado mother discovered that her 13-year old daughter was posing as a 19-year old and posted a photo of herself in a bra and lace panties her reaction has now gone viral.

In addition to banning her child from Facebook this mom took things a step further and created a video, which she posted on both her’s and her daughters Facebook pages, publicly shaming her for her online behavior.  She made her daughter tell everyone her real age, that she watches Disney channel, has a bedtime and that her underwear still has the days of the week on them.

The video has since gone viral and has been viewed over 11 million times since the mother posted it and many people are praising the mom for taking control of her daughters behavior. Others feel that she went too far, as the daughter can been seen in the video with tears streaming down her face.

The mother posted another video thanking other parents for their support and tells critics that she is not there to be her child’s friend, but rather to keep her protected. She reveals that she is a convicted felon and she refuses to lose her child to the streets. She claims what she did came from a place purely of love and hopes to encourage other parents to pay more attention to their children’s behavior online.

Watch the full video below:

This entry was posted in Debatable, Life, News, Parenting